In a continuation of Massive Attack's two-decade partnership with the charity, Del Naja is releasing a new version of his Help95 artwork, which was originally featured in the sleeve notes for War Child's 1995 compilation album ‘HELP’. The compilation featured tracks by Massive Attack ('Fake the Aroma'), Portishead and Orbital.

Priced at £250 and limited to 200 copies, the reworked version of the artwork comes as an archival pigment print on Fabriano printmaking rag with hand-torn edges. Released today as a fire-sale, all proceeds from the run go to War Child's Gaza Emergency Appeal. Learn more about that here. 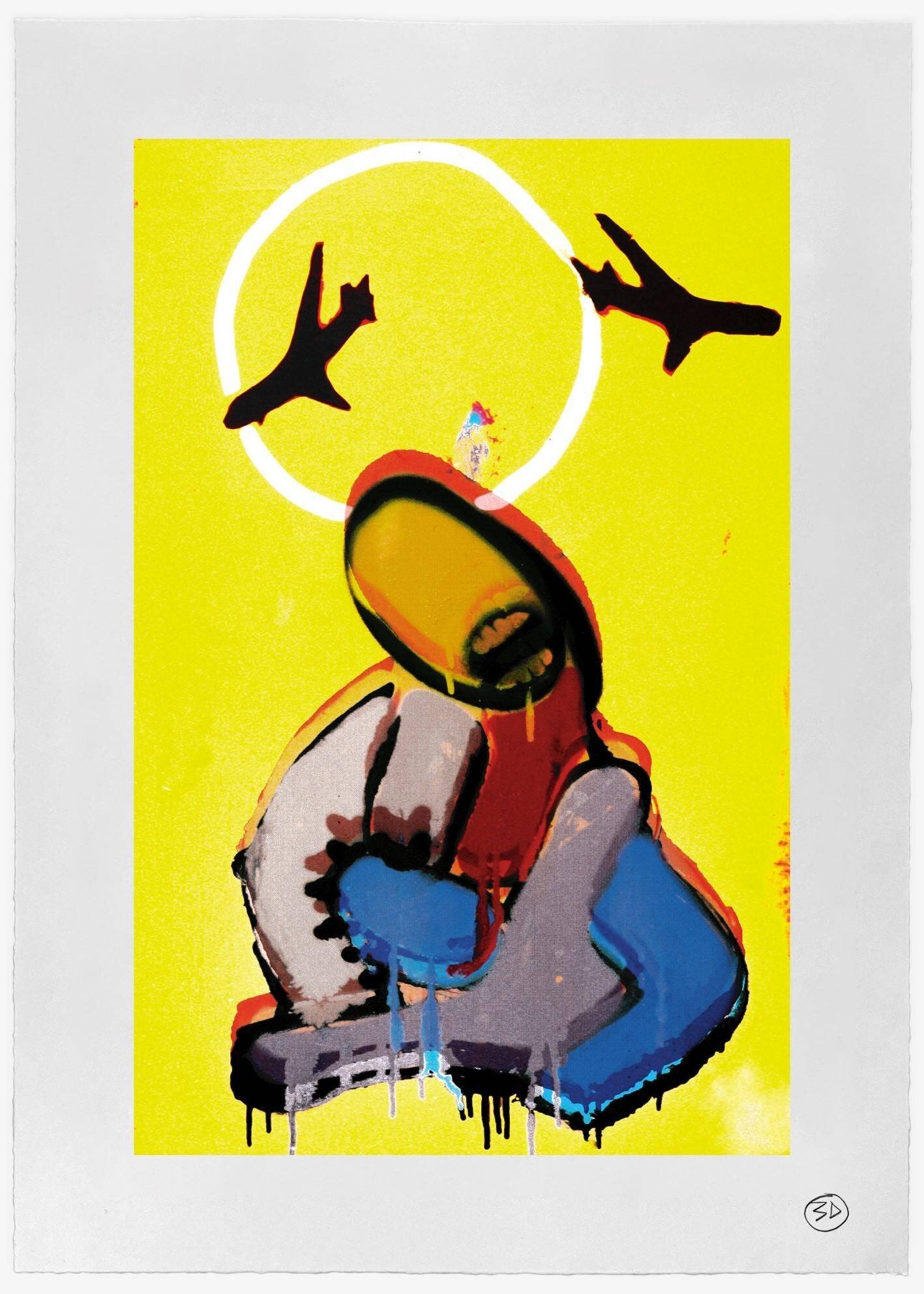 “Massive Attack have been generous supporters of War Child for over a quarter of a century now," says Rich Clarke, Head of War Child Records. "They are incredibly passionate about the causes they choose to help and we are extremely grateful to benefit from their support.

“The original image Help95 was donated by Rob to support the children and families caught in the Balkan Civil war in 1995 and resonates 25 years later with the desperate situation in Gaza.

“The money raised from the fire-sale will enable War Child to reach more children and give them the chance of a brighter future. We are extremely grateful to have Robert’s continued support to help us protect, educate and stand up for the rights of the children of Gaza.”

In May, over 600 artists signed #MusiciansForPalestine, a letter in support of Palestinian rights.