Nyege Nyege Tapes has revealed details of its next release, a label debut for DJ Diaki.

The album, titled 'Balani Fou' (which means 'Crazy Balani') is Diaki Kone's debut full-length release and explores the Malian Balani Show sound, of which he is one of the originators.

Balani Show first emerged in the late '90s and picked up mainstream attention in Mali in the mid-'00s. It sees DJs such as Kone mix tracks with live percussion from drum pads and synths at tempos of up to 170 BPM.

"The people in the village want the music fast," Kone says of the audience for the music. "If someone goes to my parties, it's impossible they dance the whole time."

You can hear the album's opening track, 'But Show DD 1', below ahead of its release on February 20th.

In addition to the release of 'Balani Fou', a number of key artists from the Nyege Nyege roster are heading out on a tour of Europe starting later this month and continuing into March. The likes of Kampire, MC Yallah, Debmaster, Don Zilla, and Jay Mitta, amongst others, will be playing in cities across the continent for the tour including London, Berlin, Paris, Lisbon, and Krakow. Find full details of the tour via the poster below. 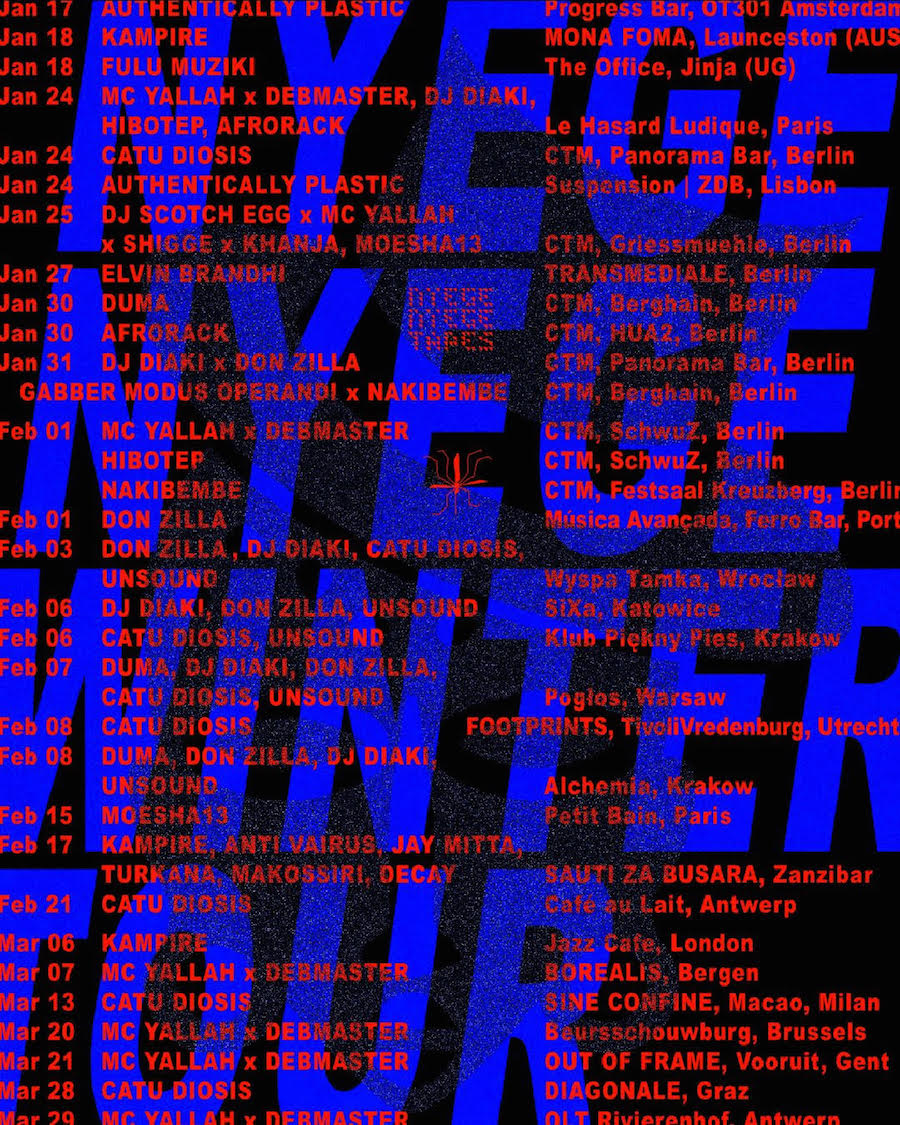