Phonox has gone from strength to strength over the past 12 months, and this winter the Brixton club will add yet another feather to its bristling cap.

In an attempt to bring a little European flare to the increasingly club-bare UK capital, Phonox is launching a new 5pm ‘til midnight Sunday series from 30th October to 11th December.

Fresh from the announcement of his new DJ-Kicks mix, Daniel Avery will play the inaugural night, alongside DJ Nobu. Following that, the likes of Michael Mayer, Gilles Peterson, Matthew Herbert, Shanti Celeste, Mind Against, Palms Trax and more will grace the decks over the next six weeks.

Alongside its impressive roster of artists, Phonox’s Sunday parties will also offer £15 bottomless prosecco and boody Marys, so they get our vote.

You can see the full lists of dates and artists below. 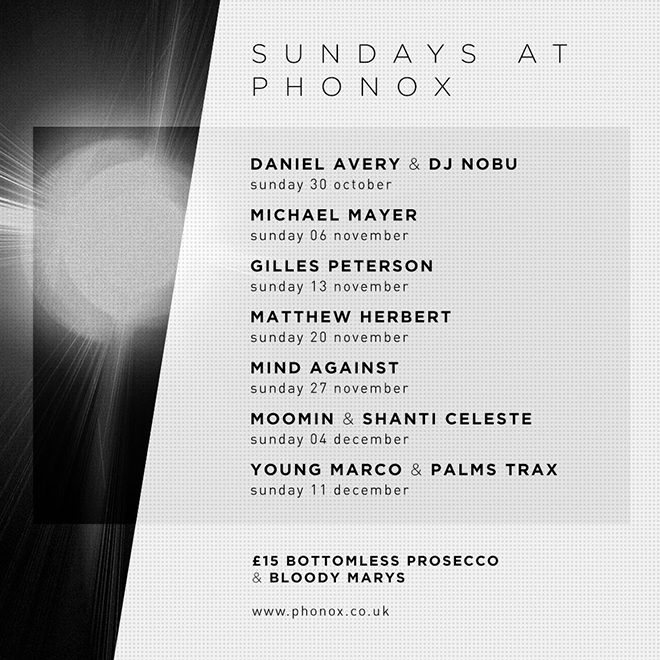