What do you buy the producer who has it all? That is, of course, a trick question – no producer ever has it all. There’s always more space on our hard drives and studio desks for music-making gizmos, gadgets and gear to distract us, stop us from finishing music or maybe even inspire your next track.

With Christmas just around the corner, we’ve some last minute gift ideas for the music producer in your life. Luckily for you, music equipment has rarely been so affordable with micro machines and mini music makers flooding the market over the past few years.

We’re rounding up our faves for every budget so you can put a smile on the face of your favourite producer, and then never see them for six months. 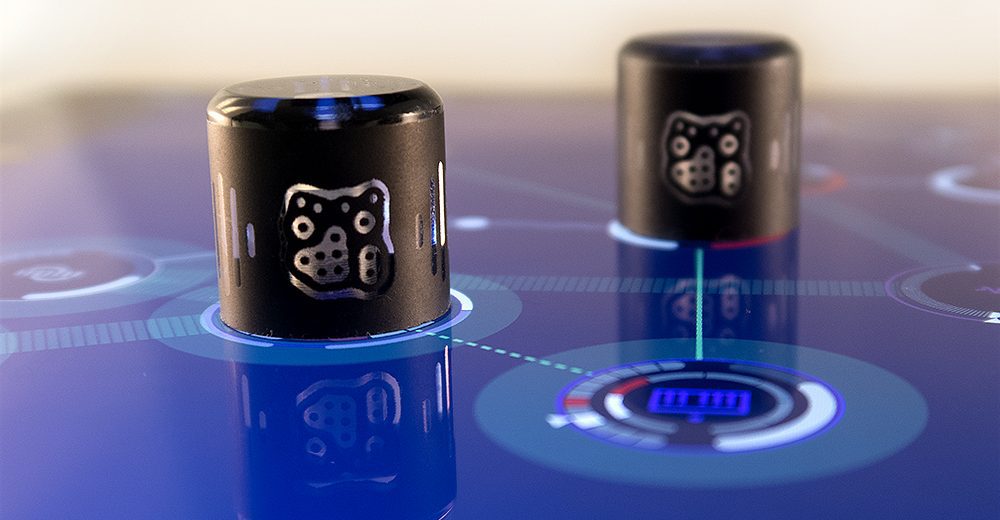 Reactable isn’t new – the table top instrument has been around for over a decade and has been famously used by Bjork, among others. It’s essentially a giant screen, controlled with physical knobs that interact with the display and each other when placed on top. However, its bespoke nature and high price meant it was out of the question for the majority of experimental producers and futurists.

Reactable brought the technology – along with the physical controller blocks – to iOS in 2010 in the form of ROTOR and it’s still one of most fun ways to get creative with music-making on iOS. Place the knobs on top of your iPad and watch the unique visuals and sounds react as you twist and turn the rotaries. Plug in and effect audio or simply use the 100+ built-in loops. For £39, it’s a fun, unique way to get busy with iOS music-making. 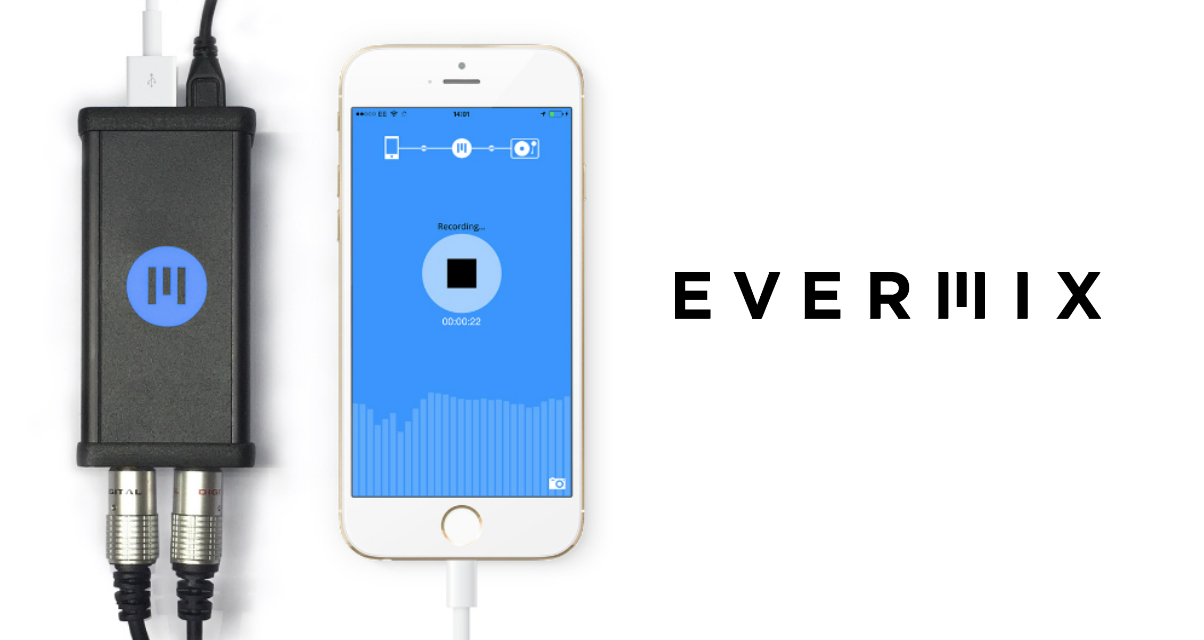 Despite the power of smartphones in 2017, it’s never been particularly convenient to record your DJ sets to our new overlords. External soundcards with varying connections and power restrictions always meant an extra box in a usually cramped booth, not to mention transferring your recordings to your computer, converting to preferred format, uploading and naming your mix, the process was always convoluted. Evermix found a solution in the form of Mixbox, an slender piece of hardware with a phono input on one side and an iPhone connector on the other. Using their app, you can record and upload your mix directly from your iPhone – you can even stream straight to Evermix straight from the app, no laptop required.

It’s small enough to fit in your pocket, USB or headphone case, and your mix can be online before you even leave the club. You can of course decide to save it to your laptop for any editing and upload changes you’d like to make – a quality stocking filler for any DJ. 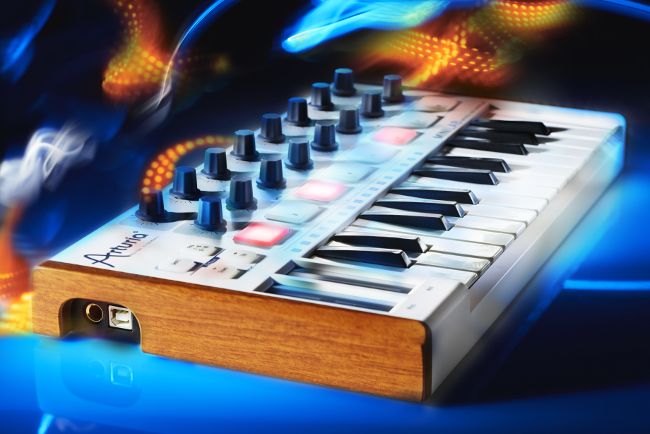 Though Arturia have become just as well known for their analogue hardware, it was in the digital domain where they made their name. Combining the two, their Lab series of MIDI controllers are some of the best-built around and considering they throw in their Analog Lab software, it’s a great starter pack for anyone looking to get into music production.

The MiniLab is the smallest and most affordable of the range with 25 keys, 16 knobs and eights pads, as well as 5,000 sounds from Arturia’s software range included with the Analog Lab software, it could be a retro synth solution for any travelling producer or those on a budget. Already endorsed by the likes of Morgan Page, Martyn Ware and in the humble pages of DJ Mag Tech, we’re taking the Arturia MiniLab seriously. 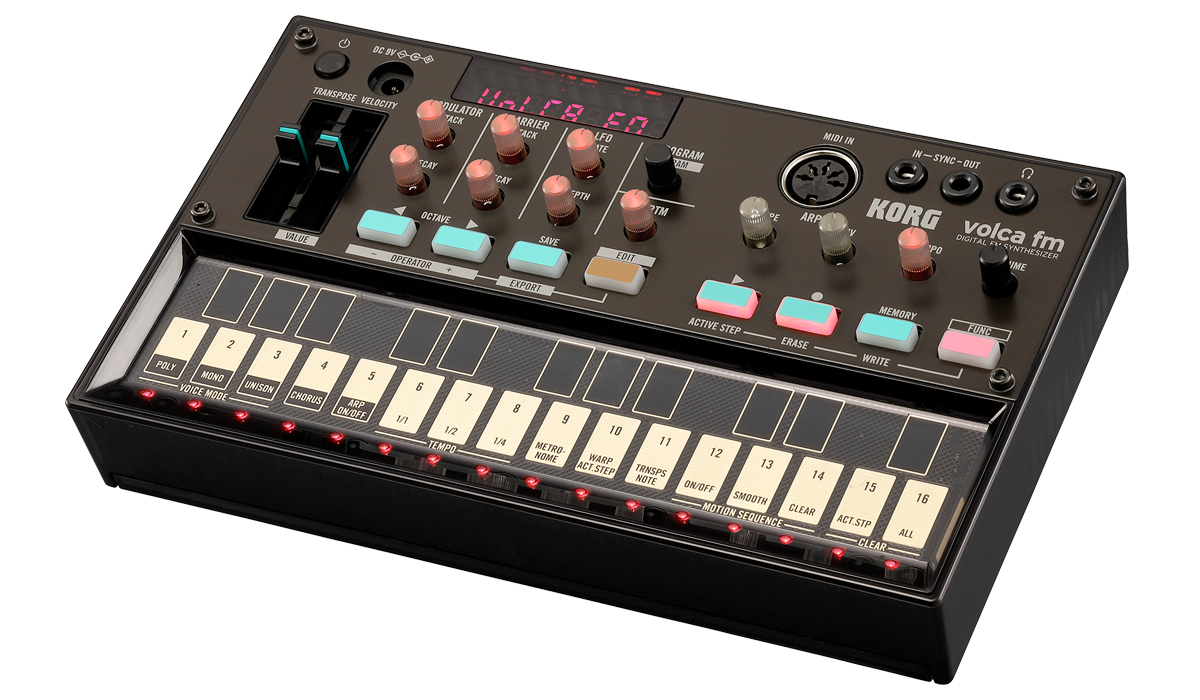 Korg’s range of Volcas were almost single handedly responsible for the mini analogue revival. Though the Beats, Keys and Bass all had their good points, it was the Volca FM that stole our hearts, not least for its ’80s throwback sounds but for its potential for sound design. The DX7 was one of the most common sounds in pop music throughout the 1980s with its ‘E.Piano’ preset showing up in endless emotional ballads and number one records. But the synth was limited by its programming capabilities, or lack thereof.

In their hardware emulation of the classic synth, Korg added some extra control to really maximize the power of the DX7 architecture, as well as shrinking it in size to fit in your backpack. It even supports the original DX7 presets – which can be found online – for perfect emulation. At a fraction of the price of the original, it’s a bit of no brainer to fill the 80s-shaped hole in your studio. 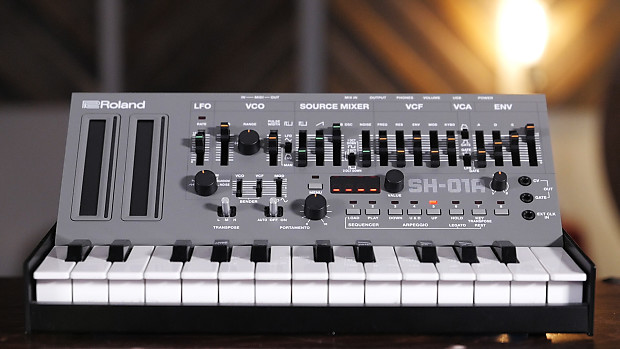 Roland’s Boutique range has divided opinion among synth purists, but we can’t stay mad at something that brings classic sounds and instruments into a more affordable bracket. Of the more recent releases that included the 808 and 909, our pick of the bunch would have to be the SH-01A. Recreating the classic bass machine the SH-101, the 1A brought the same architecture and sequencer to the masses adding three extra voices in the process.

Though it’s not completely analogue, Roland’s Analog Circuit Behaviour (ACB) modeling recreates the variables within circuitry for a more accurate emulation. It’s also got both CV and MIDI out to trigger your other synths from its sequencer, and vice versa.  For instant house and techno bass, look no further.