Relentless REWIND is your chance to see classic DJ sets in a whole new way | DJMagAdmin.com Skip to main content

DJ Mag, in partnership with Relentless Energy Drink and LWE are proud to announce REWIND - a 3 month content series to reimagine some of the most exciting live DJ sets from our combined archives.

Much more than just a re-run, each set in the series has been re-imagined with with futuristic visuals to showcase the iconic performances and add a new dimension to some of the best sets on film from some of the UK's defining electronic music events.

A total of 12 performances have been selected from an archive of more than 100 we have broadcast in partnership with Relentless. Each set has been carefully chosen to represent a #PursuitOfGreatness, for reaching a world-standard in music, production and crowd (remember those)! From the carnival-vibes of Elrow Town via the epic Leeds Forest stage and through to the industrial-character and next-gen visual production of London institutions like Tobacco Dock, Old Fountain Studios and more, it's going to be one hell of a ride...

The series kicks off with Erick Morillo's August 2018 performance from Labrynth at London's Tobacco Dock at 7pm on Thursday 2nd July. Watch live on the DJ Mag Facebook Page. 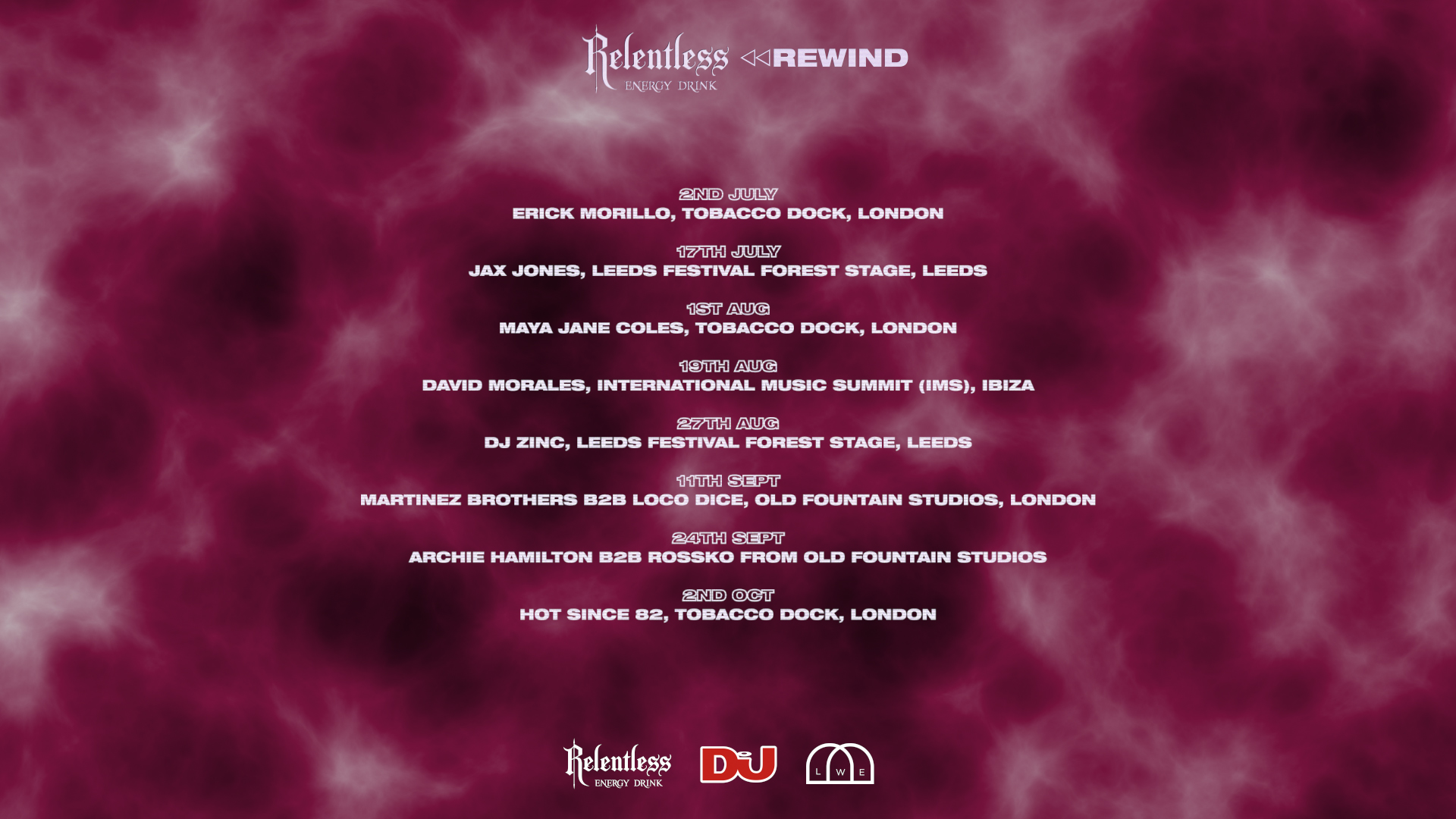