Warehouse Project has revealed details of its final four parties of the 2016 season, which are set to take place on Friday 16th and Tuesday 27th December, as well as New Year’s Eve and New Year’s Day. Tickets go on sale this Thursday 20th October at 9am.

The Hydra hits Manchester’s Store Street warehouse on Friday 16th December, with Richie Hawtin, Ben Klock, Ben UFO, Andrew Weatherall, Daniel Avery and many more all locked in to spin on the night.

You can see the full line-up for the final four parties of Warehouse Project 2016 below, and buy tickets through the venue’s website from 9am on Thursday 20th October. 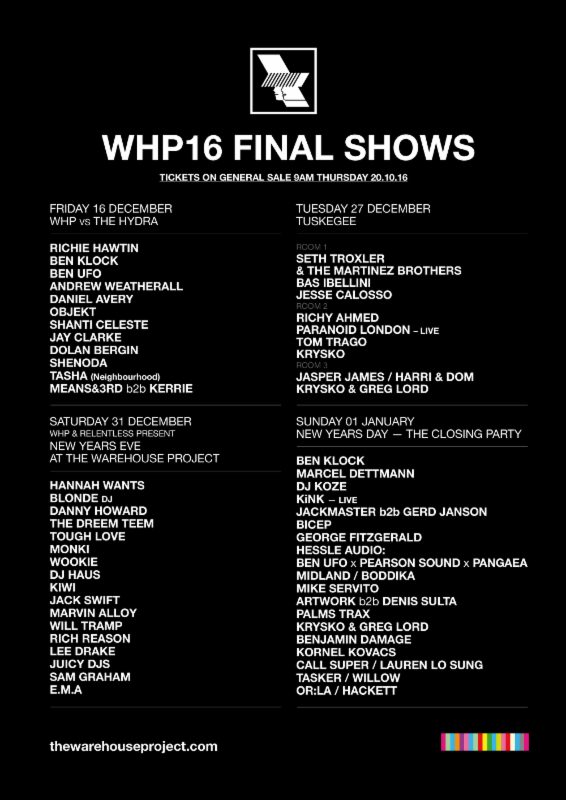