Studio 338's legendary terrace will reopen on the weekend of 27th October after the beloved London daytime venue was gutted by fire back in 2016.

The fire largely destroyed the club's terrace and sadly one of the club's workman lost his life, something the club's director Dan Perrin is still coming to terms with.

"Even now it's almost too much to bear, and so I won't say too much more except that we miss him terribly and everything we do from here on in, has his smile at its centre," explained Perrin in a press release.

Instead of simply recreating the old terrace, Perrin and the rest of the Studio 338 team decided they would make some substantial quality of life improvements for both clubbers and the club's neighbours.

The club's owners have gone to the great expense of installing a sealed, acoustically treated glass atrium which will dramatically reduce the amount of sound leaking from the space, and future proofing the venue against further residential developments in the area.

The Studio floor has been stripped back and kitted out with a second custom built VOID sound rig.

The front of the club has also been given a face-lift with the venue’s trademark greenery and new logo front and centre.

The line-up for the three Halloween opening parties will be announced in the coming weeks, with the promise of some unannounced surprises, too. 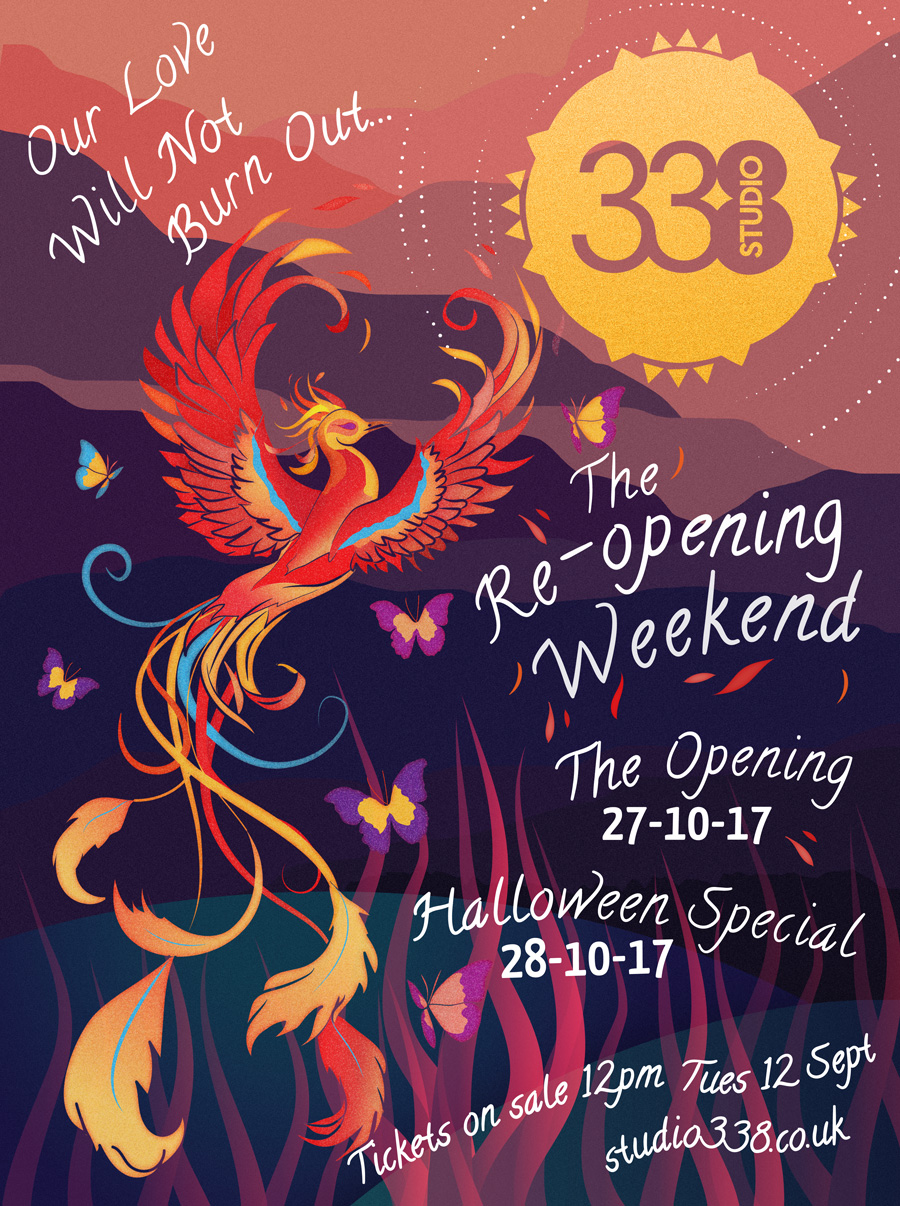 News
These are the top UK events in July 2019

STUDIO 338 IS SET TO REOPEN IN JUNE