T2: Trainspotting 2 lands later this month, on Friday 27th January, and ahead of its release the full tracklist for its soundtrack has leaked online.

The full tracklist was published on an Amazon pre-order, which has since been removed. You can see a screengrab at the bottom of the page.

At first it wasn’t known whether the tracklist was a fake, but Irvine Welsh appeared to confirm it as legitimate in his tweet below.

#T2trainspotting soundtrack features great songs, but wait till you hear those bad boys in the context of the movie. https://t.co/xyulxhcDwJ

The tracklist shows that material from Underworld, The Prodigy – who remix Iggy Pop’s ‘Lust For Life’ – High Contrast, Young Fathers and many more will all feature in T2: Trainspotting 2.

The first look at the sequel came in July when a teaser trailer was revealed, before the official UK trailer for Trainspotting 2 landed last November.

Check out the full tracklist for T2: Trainspotting 2 below. 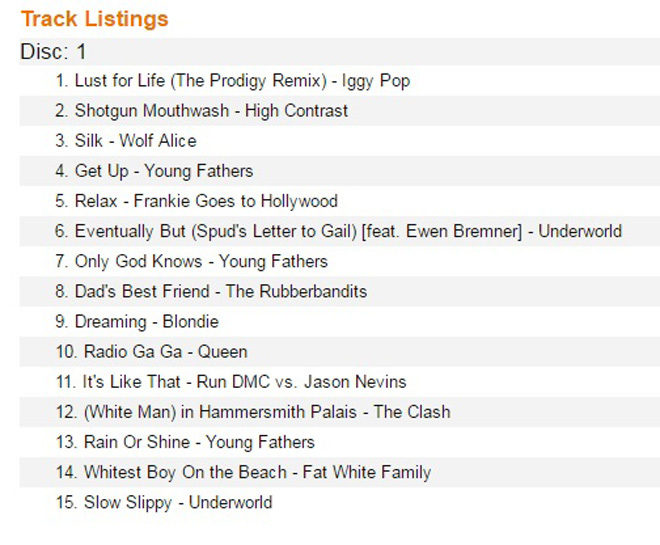