Paul van Dyk will embark on a 12 city North American tour this summer, his first proper tour since his near fatal accident last year.

Playing expansive venues like Washington D.C.’s EchoStage, Opera Nightclub in Atlanta, and House of Blues in Boston, Van Dyk will be joined by trance stars like Vini Vici, Simon Patterson, Alex M.O.R.P.H, Heatbeat and Solarstone along the way.

The tour consists of 12 dates, sprawling across the U.S. and Canada, capped off with a headlining performance at Dreamstate Festival in San Francisco on May 27th.

It’s set to be another busy year for the German producer, who just recently was named the second most traveled artist in the modern era of music.

According to a TravelBird survey, Paul van Dyk has travelled a distance which equates to 58 trips around the world, topping the Rolling Stones, Bob Dylan and U2 among others.

You can listen his latest single, 'Touched By Heaven', below.

Tickets for the tour can be purchased here. 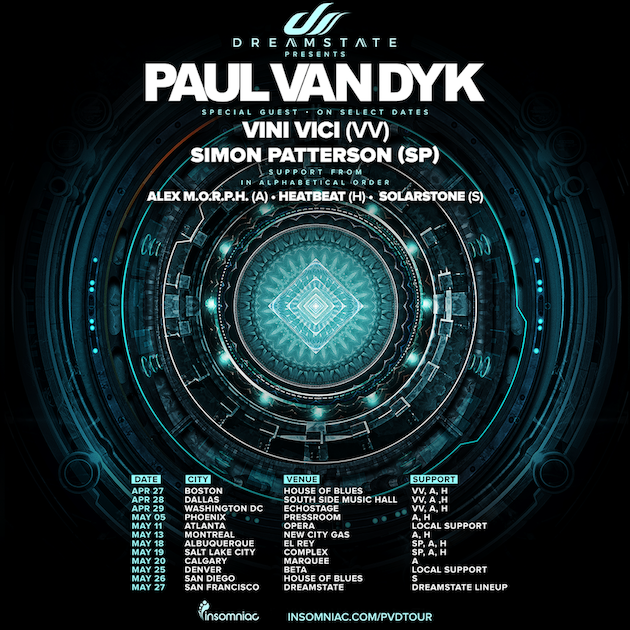