Ultra Music Festival, returning to Miami's Bayfront Park and running from 24th-26th March 2017, has unveiled over 40 additional names to its stacked line-up to include Adam Beyer, Chase & Status, Seth Troxler, Maya Jane Coles and many more.

The RESISTANCE line-up has now included Jackmaster, Marcel Dettman, Patrick Topping and Stephan Bodzin. Furthermore, Space Ibiza will bring their new Space on Tour concept direct to Miami as they take over the Arcadia Spider stage on Saturday, 25th March.

View the full UMF line-up below along with the artists that are slated to perform at the RESISTANCE showcase. 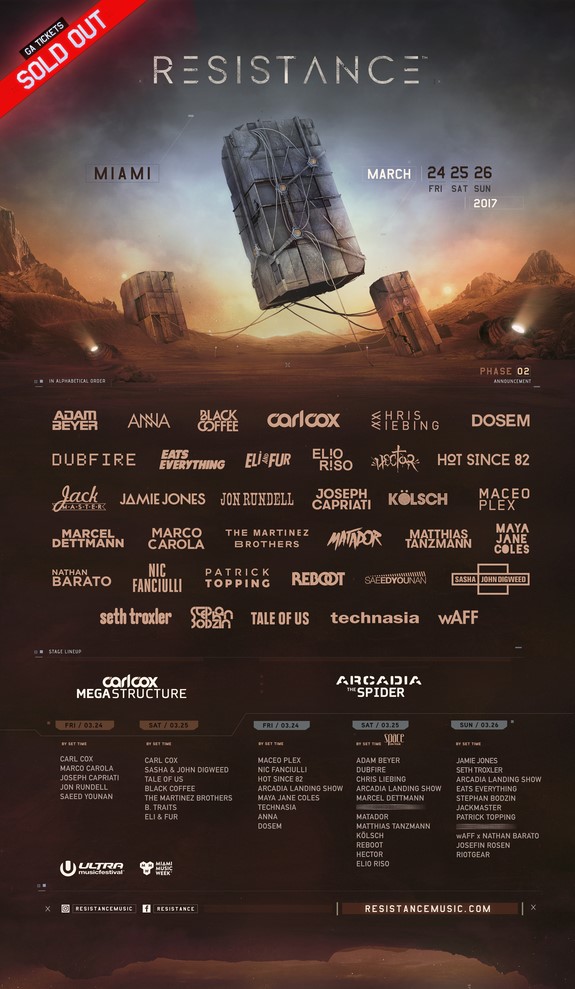