After spending over five hours on stage at last year’s UNTOLD, Armin Van Buuren returns to make another appearance at the Romanian event. Martin Garrix also returns along with Dimitri Vegas & Like Mike — who are making their third consecutive appearance at the festival.

Joining these seven names are close to 200 international artists that will be added to the bill over the coming months.

UNTOLD is nearly sold out, however, the last 10,000 tickets go on sale this Friday, 27th January here. 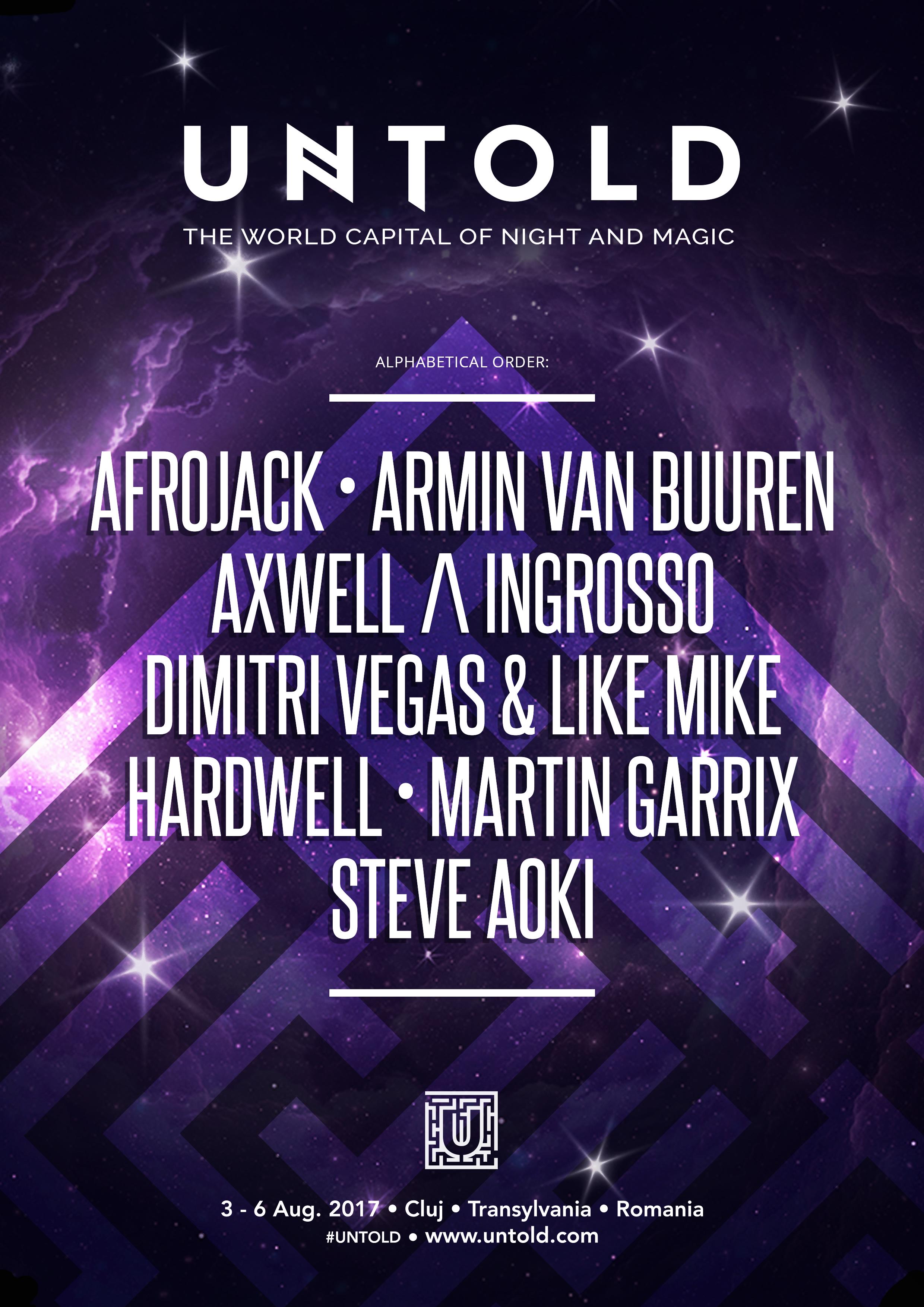