We’re partnering with Block9 to bring you a charity stream this weekend for Block9: Glastonbury 2020 | DJMagAdmin.com Skip to main content

We’re partnering with Block9 to bring you a charity stream this weekend for Block9: Glastonbury 2020

DJ Mag are partnering with Block9 to bring you a charity stream this weekend as part of their virtual Glastonbury 2020 plans.

Festival behemoth Block9 are teaming up with DJ Mag to bring you a live stream of Block9 favourites from their London warehouse HQ. Block9 and The Downlow Radio are raising money money for good causes including Runnymede Trust and Medecins Sans Frontiers (Doctors Without Borders).

With artists booked for this year's Block9 at Glastonbury representing each of the four Block9 Glastonbury 2020 venues, the likes of Norman Jay MBE, DJ Paulette, Heidi, and Batu will all perform 90-minute sets, flying the flag for Maceo's, The NYC Downlow, Genosys, and IICON respectively.

The Block9 fundraiser in association with DJ Mag will be streamed via the DJ Mag Youtube channel this Saturday, 27th June from 9PM.

You can access the live stream here, donate to the fundraiser here, and get full event details here.

As part of their extended Glastonbury celebrations, Block9 have also included a number of other events in their programme, including Harry Lawson's Meat Rack Film, which is free to watch on Youtube until the 30th June.

There's also a documentary surrounding last year's IICON stage that premiered via FACT today (24th June) at midday, and a Best of the Best Mix Series premiering via the TheNYCDownlow.com this Friday (26th June) at 11am, showcasing some of the best DJ sets from Block9's 12-year reign at Worthy Farm.

You can see the running order and set times for Saturday's live stream below. 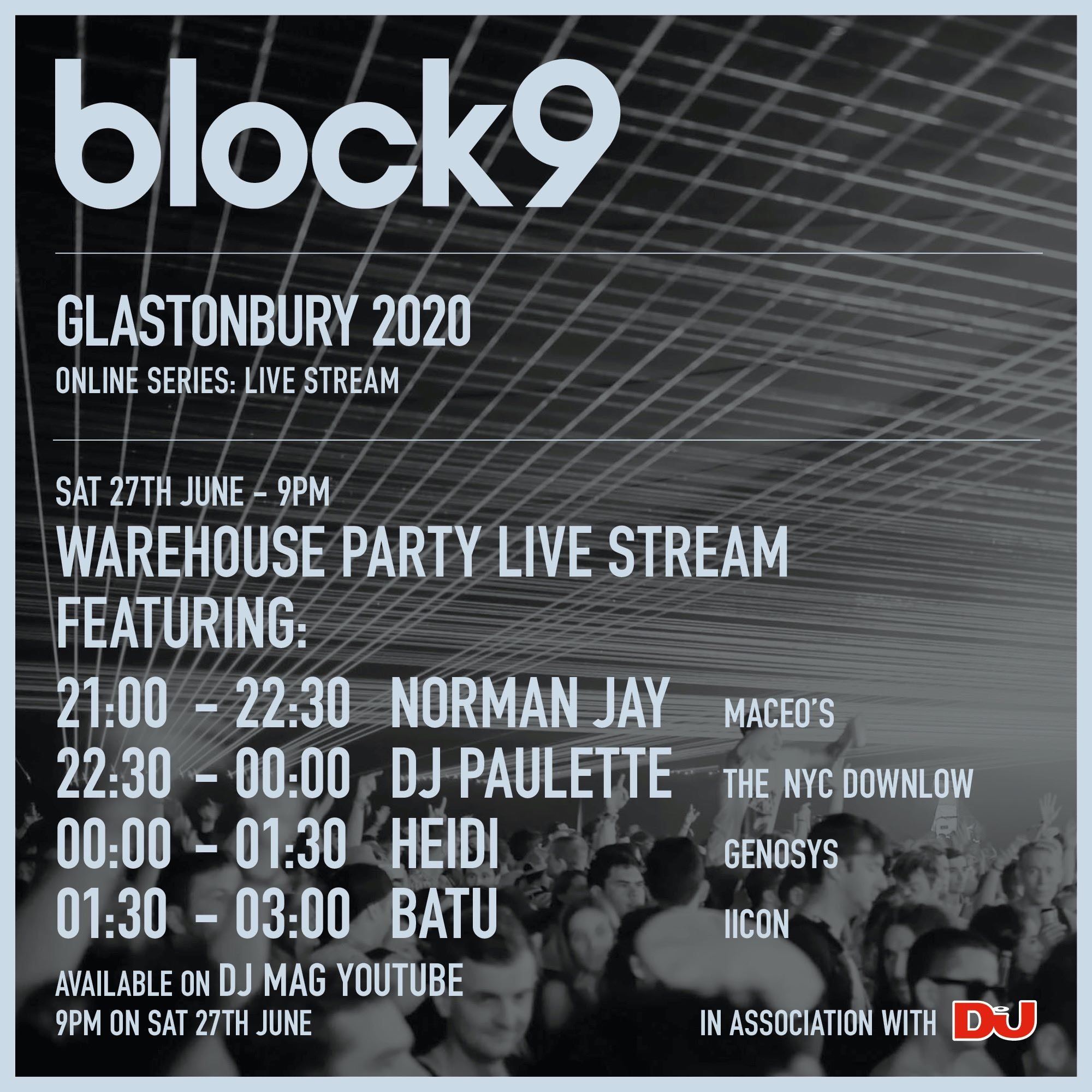 News
Glastonbury’s two-day September festival will not go ahead