Rodriguez Jr. heads down to Egg LDN on Saturday 29th July and we've got five pairs of tickets to giveaway for the gig!

The French artist will be celebrating his grand return to Mobilee with emotive new album, ‘Baobab’.

“Baobab is about roots. It has mainly been written whilst travelling and I needed to re-connect to my roots: the music I used to listen to as a teenager from South Of France, my first parties, this fantastic sense of freshness, enthusiasm and innocence," says Rodriguez Jr. "This is why I decided to call it Baobab: a big tree proud to grow up in a lush surrounding, with it’s roots deep in the floor.”

Rodriguez Jr. also joins DJ Mag Panels for its next showcase on Thursday, 18th May. The Mobilee affiliate and techno purist will be presenting his new album plus an exclusive live set to be debuted at the event. Tune in at 6pm GMT to watch the event here or rsvp for free guest list here.

For your chance to win a pair of tickets his Egg LDN gig, simply email competition@djmag.com with your name, phone number and the answer to this question: What is the name of Rodriguez Jr.'s new album? 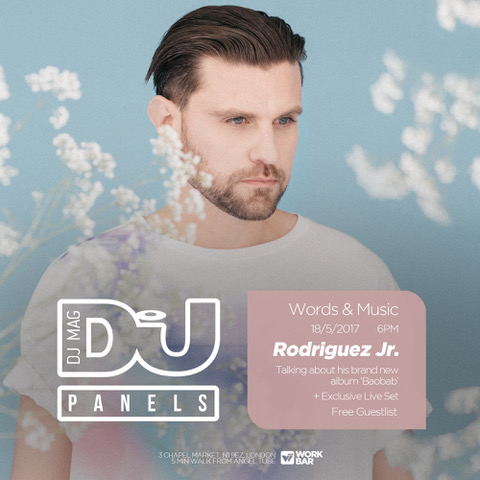 Also, check out our last stream and panel featuring Hector and his Vatos Locos crew.