World’s “most remote” nightclub to open in Icelandic fishing village

A pop-up nightclub described as being the world's "most remote" is to open in an Icelandic fishing village.

In collaboration with REYKA vodka, and with support from Visit Iceland, Detour Discotheque will open its doors in the Þingeyri in Iceland’s Westfjords region on Friday, April 29th and Saturday, April 30th 2022.

Styled after iconic New York City clubs of the 1970s and 1980s, the 160-capacity club (just 90 people less than the total population of Þingeyri) will host the "party at the edge of the world" via DJs from Iceland, the US and the UK playing classic disco under a spinning mirror ball. Among those set to play include Chicago-based DJ Rahaan, London's Norsicaa and Icelandic electronic artist Hermigervill.

It's a timely move from organisers. The Westfjords was recently named the number one region to visit in 2022 by Lonely Planet, who highlighted its unspoiled natural beauty, strong communities and positive approach to sustainability. 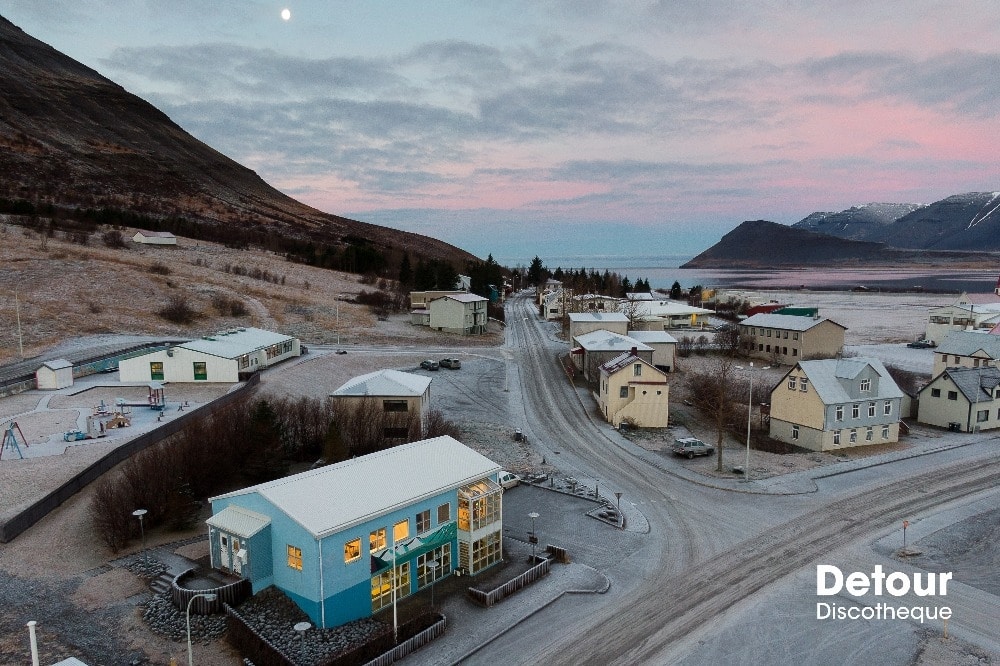 “Detour Discotheque is a door to another universe," said organiser Jonny Ensall. "Þingeyri is an unreal location, and one of the last places on the planet you’d expect to find a nightclub. However, with the support of the Westfjords community, we’re attempting to recreate the atmosphere of the first discos – legendary NYC parties like The Loft, where everyone was welcome, no one felt like an outsider and the dancing went on all night long.”

"Bold creative projects are always welcome in The Westfjords," added Díana Jóhannsdóttir of Visit Westfjords. "Þingeyri is a great place to find headspace and try out new ideas, as well as a beautiful location for travellers, with whale and seal watching, hiking and biking and the beautiful Dynjandi waterfall nearby. We hope that partygoers use the opportunity to visit our communities and enjoy nature.”

News
Bjarki returns to his bbbbbb label as Cucumb45