There's also sets from Julio Bashmore, San Proper, Mood II Swing and Marcellus Pittman on the cards, plus an all night long set from UK DJ, Skream. The series will close on 1st April with music from Kompakt affiliate Michael Mayer and Norwegian disco king, Lindstrøm.

Watch the promo video and check out the full schedule below. 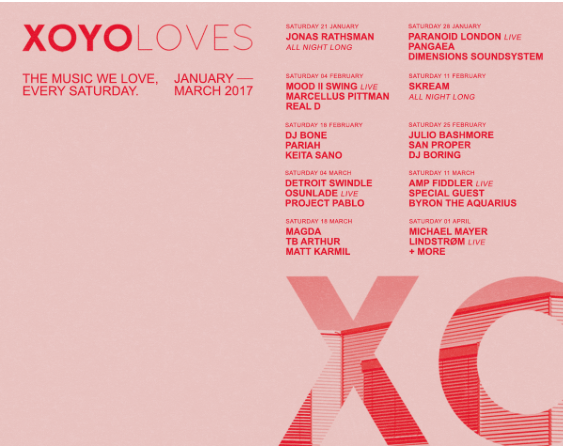