Primavera Sound has revealed the enormous line-up for its 2019 edition, taking place from 30th May to June 1st.

They join a cast of headliners that includes the likes of Charli XCX, James Blake, Suede, Erykah Badu. You can see the full line-up flyer below.

Over 500 people have signed an online petition to have Konstantin removed from the ADE line-up.

The unstoppable influence of EBM has been clear to see recently.

The term EBM (electronic body music) was first coined by Ralf Hütter of Kraftwerk when talking about 'Die Mensch-Maschine' in 1978 to describe the album's more physical sound. However, the EBM movement truly started in the early '80s through artists such as Front 242 and Nitzer Ebb, their first recordings forming early manifestos for the genre.

“It is one of the most essential and original EBM songs out of Belgium. I love the rawness and filthiness of it.”

“I can’t pick anything other than 242. This sounds like you're in the middle of a war in a fucking jungle with bombs falling everywhere. You hear voices and drums and noises. The way they perform it live is amazing. The bassline starts quiet, then after three or four minutes of percussion and noises and voices the digital bassline kicks in!”

“I won't pick a “classic”, there's so many great articles and compilations out there covering this. Instead I'll share something I think deserved more attention.”

“It’s very hard to choose as I have quite a few favourites, but this was the first thing I would call original EBM I listened to in 1981. The music and title say it all. Prototype blueprint in the same level as Liaisons Dangereuses and Suicide.”

“It's a tough question! But this cassette is from the Netherlands in the ‘90s. It never got reissued properly and is one of my favourites. It’s really hard to get and it this weird electro/noise music, way before this whole thing was going on. It’s pretty interesting.”

“This is still one of my main go to classics. It really works well on the dancefloor. It doesn’t have a too crazy synth bass, but that makes it really feel industrial. People going wild is a certainty.”

“This came out in 1990 and I love everything about it. The beat, the sound, the voices and the strings. It's dark but still has energy. I heard it for the first time in Miami two years ago. I was there to visit a friend and play. I was at his house, he put on this record and *indistinguishable noise*.”

“Released in ’92, so not a pure EBM track since already informed of techno/trance with a super-funky mechanical acidy baseline.”

Houghton Festival returns for its sophomore year with big pressure to deliver after an almost impeccable first edition which introduced the event as a jaw-dropping audio-visual masterpiece. 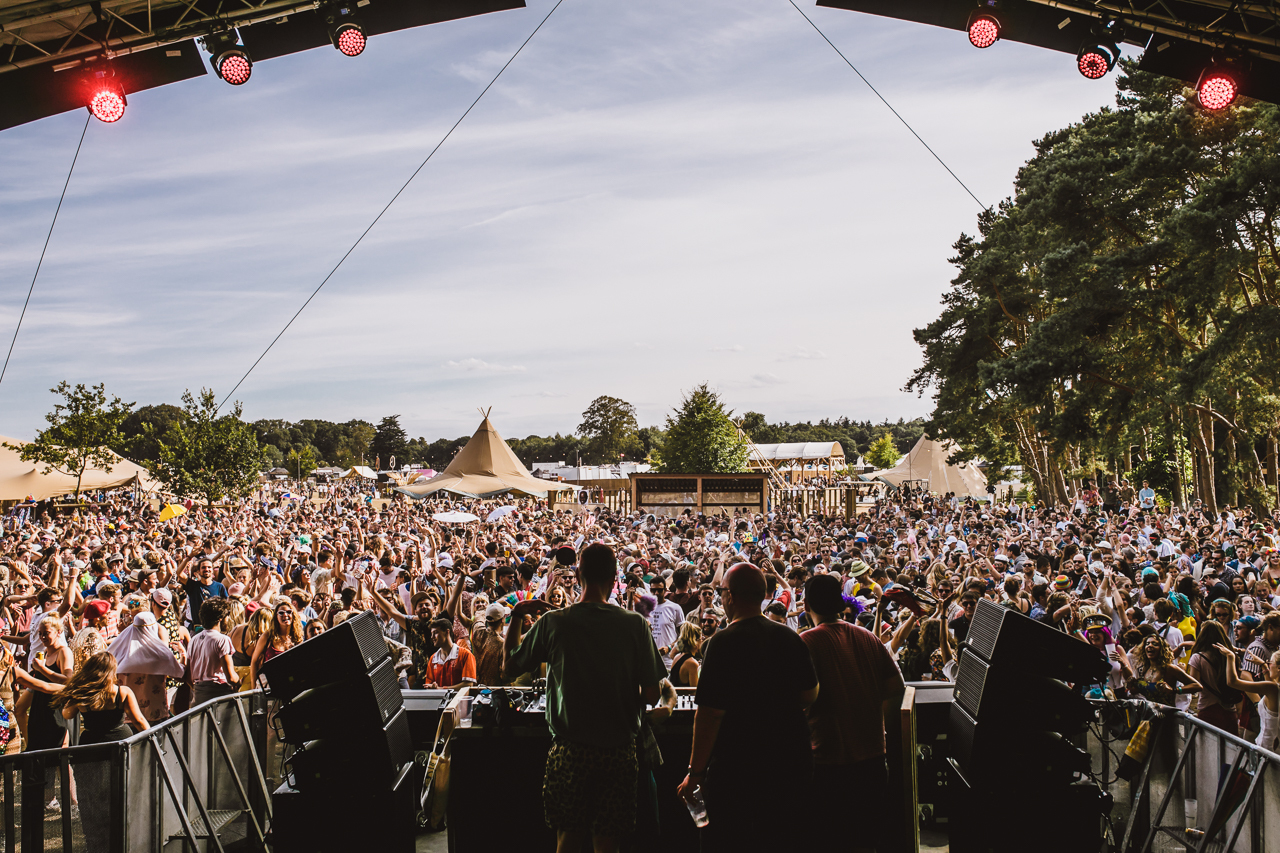 The festival has also, in a short time, built an incredibly loyal following. This year’s event sold out months before taking place, and many of the artists playing seem to approach Houghton in a different manner to most other festivals, staying for the weekend to play multiple sets as well as being regularly seen lost in the music on the dancefloor listening to other selectors. Its 24-hour license, a rarity in the UK, could be the downfall of many other festivals with dancefloors careering willingly out of control after days without sleep. 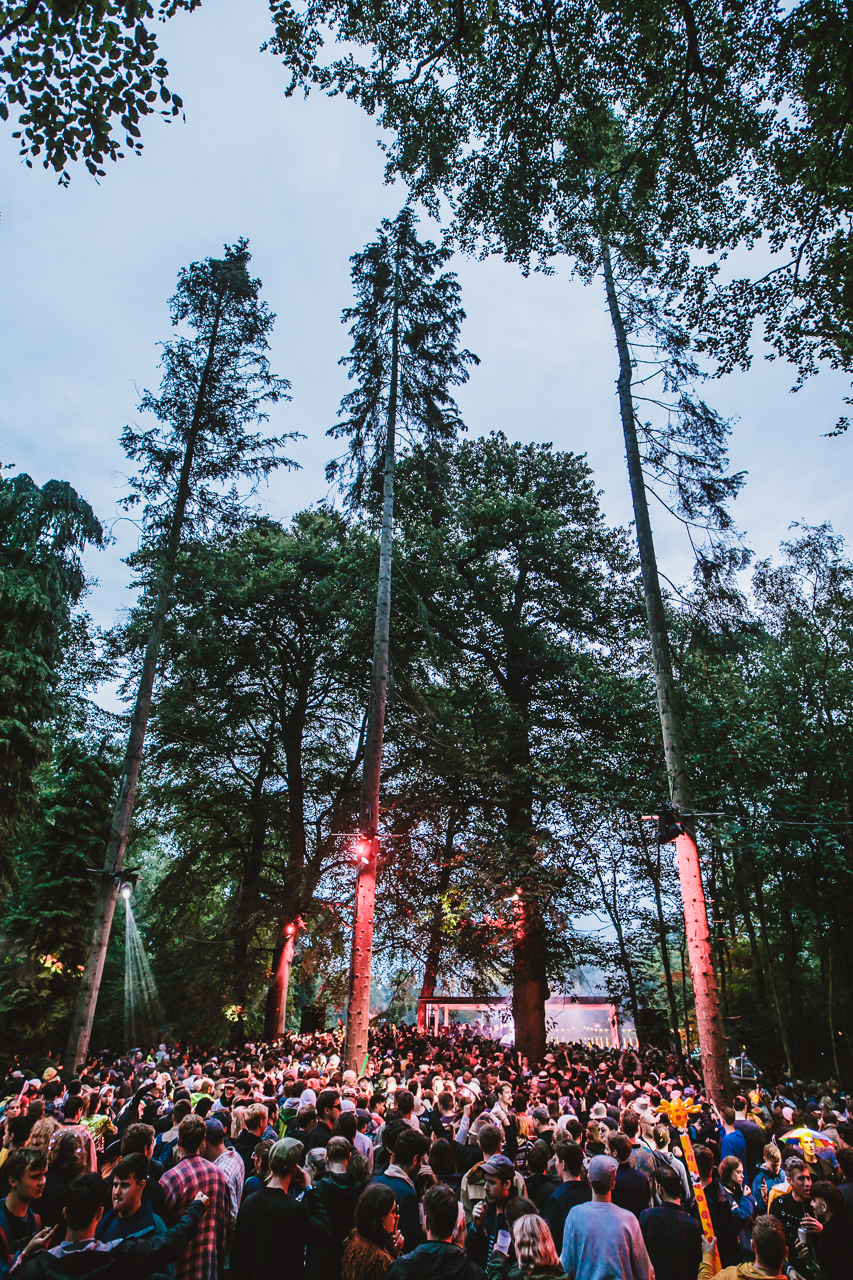 Elsewhere, the return of the Pavilion cements its place as one of the best places to party in the country, with Ricardo's Sunday morning slot there seemingly becoming a tradition much like his appearances in Room One. DJ Mag cover star Hunee also delivers a typically unconventional-yet-party-starting set in the early hours of Saturday morning. 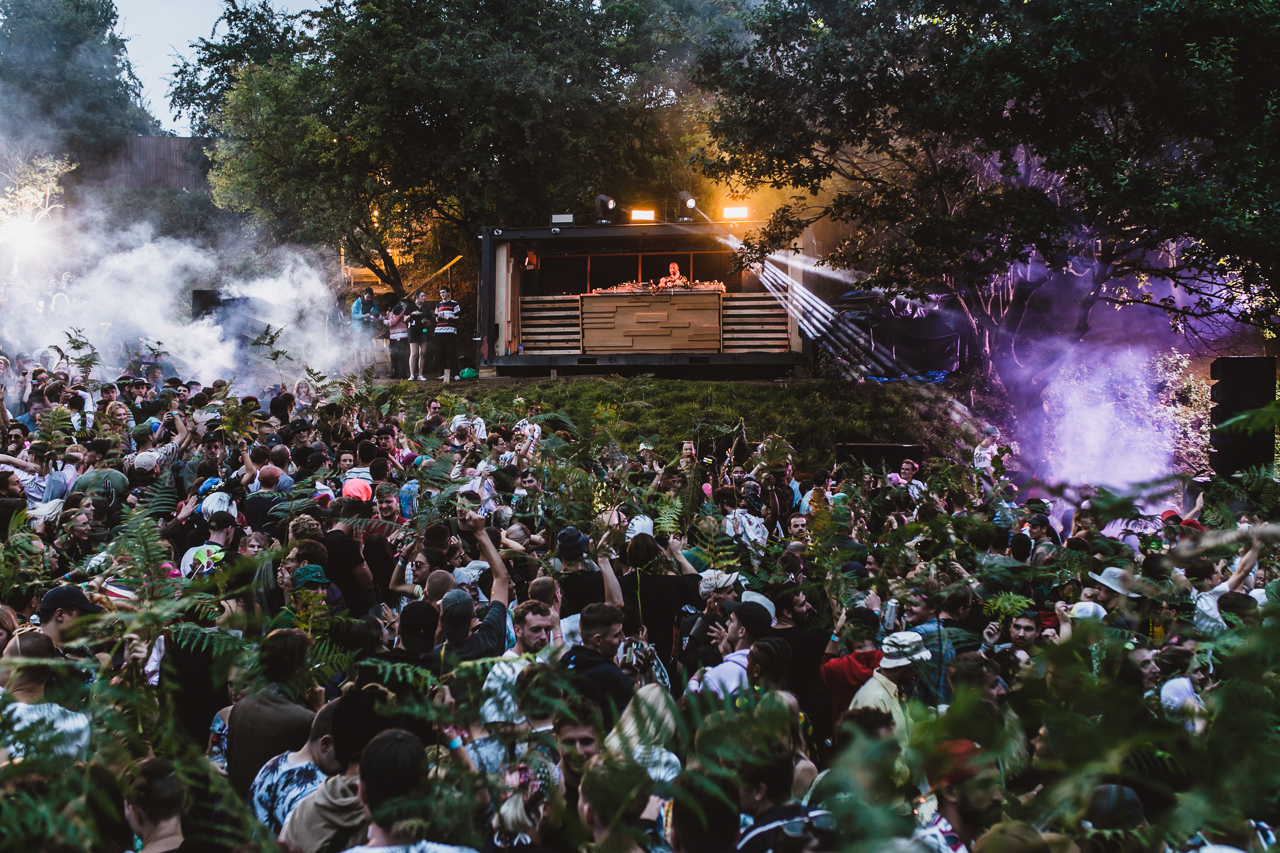 Sound is consistently strong too, with most stages' soundsystems booming for the weekend and improvements made on last year including a local hotline for residents for noise complaints to be swiftly dealt with. Capping becomes an issue again late on Sunday though, which makes you wonder if Houghton would be better taking the party to the smaller stages late on the final night to deal with the sound issues that face its bigger spaces outside of the main weekend hours. 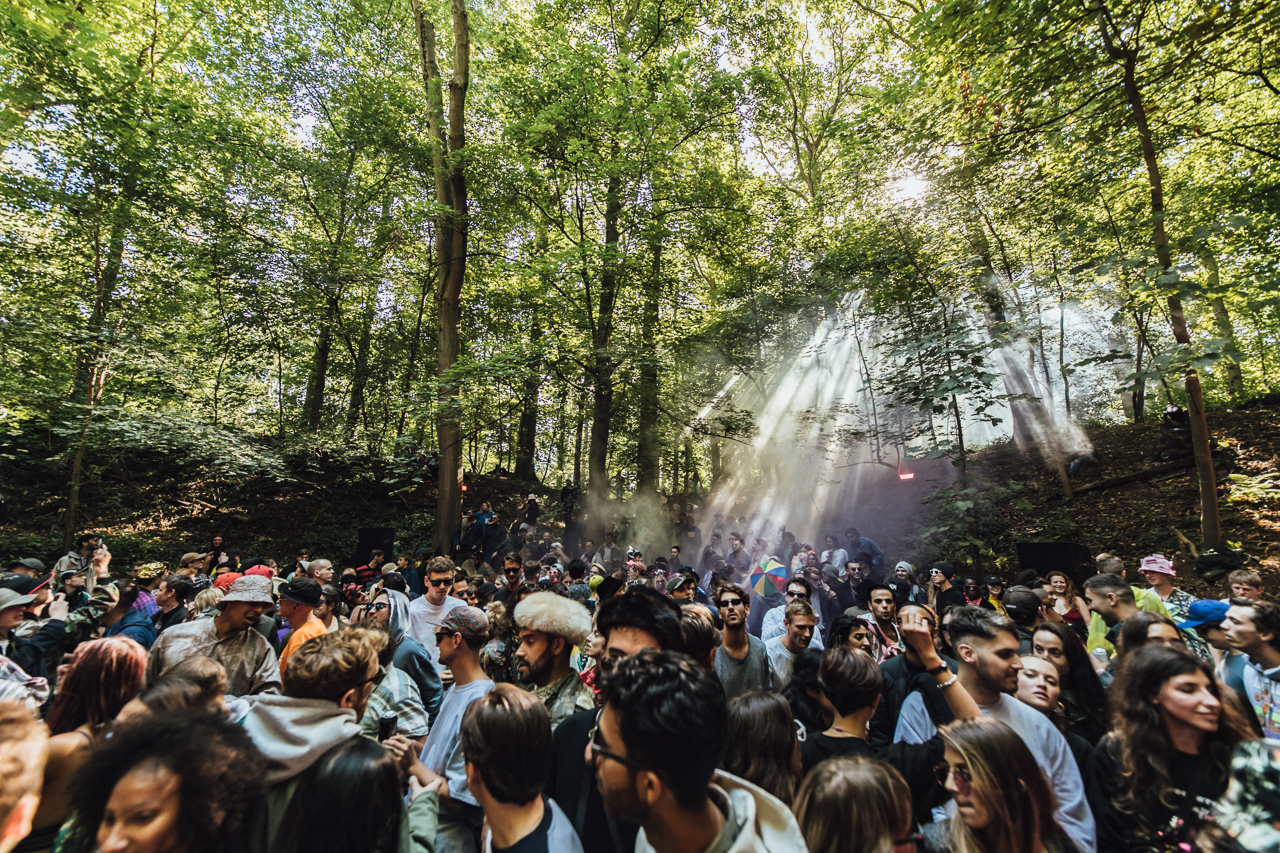 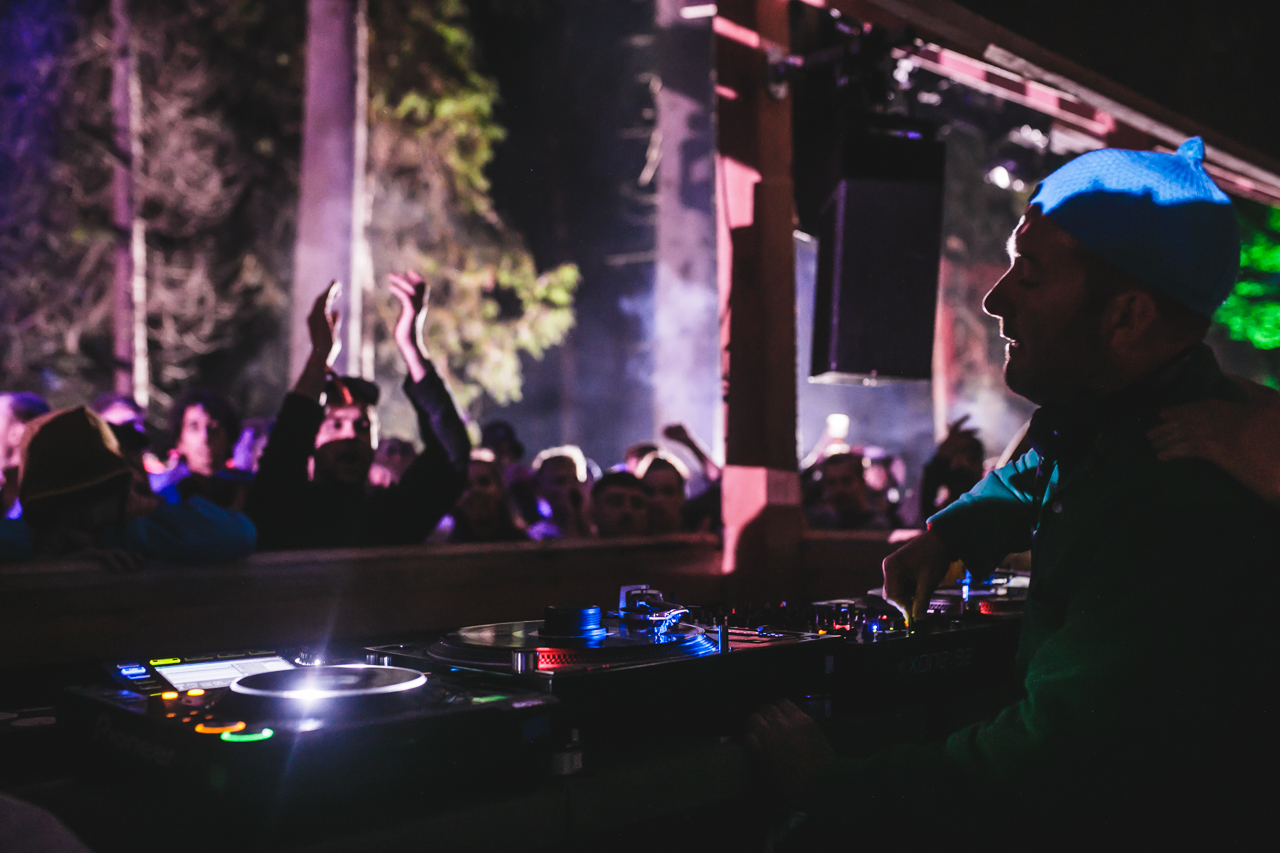 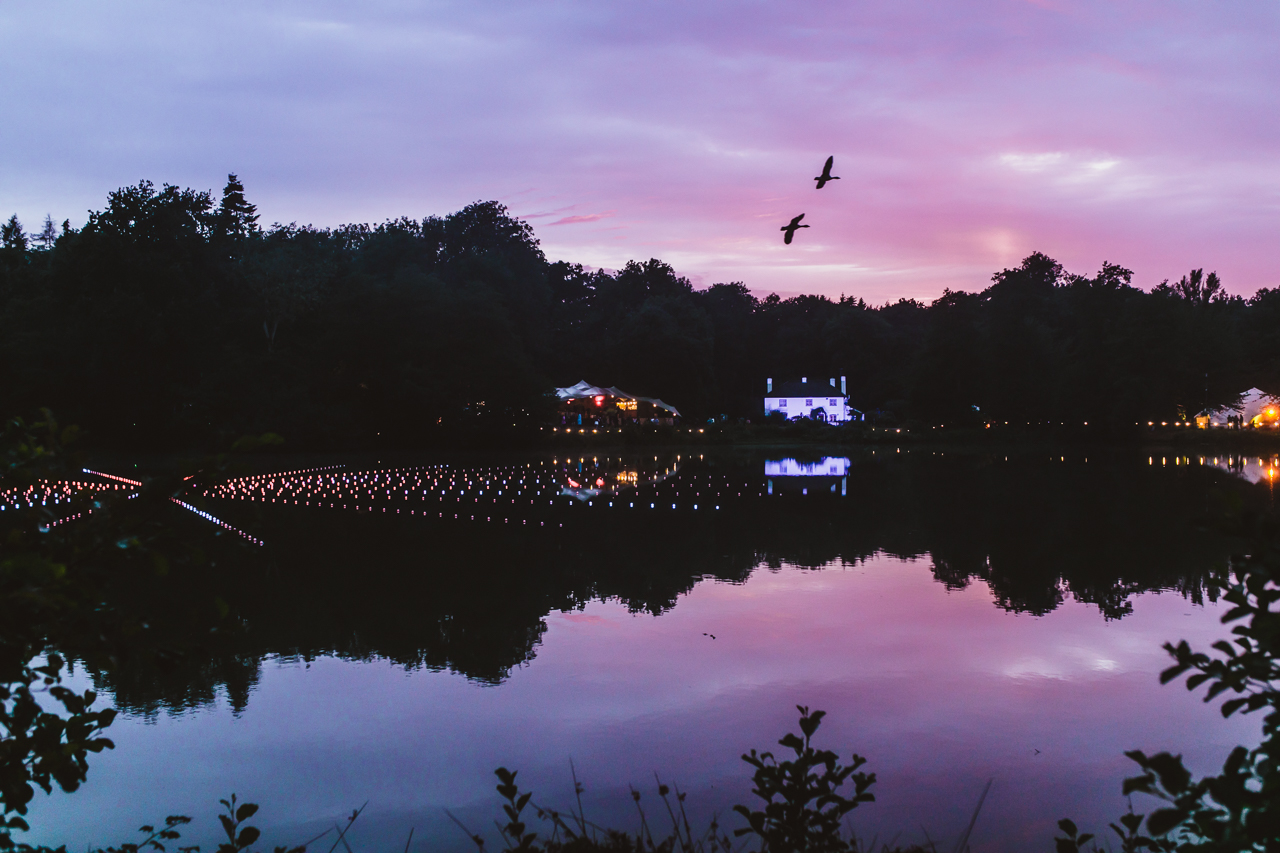 The Hamburg-based electro and techno DJ and producer has shared 'Hyper-Intelligent Genetically Enriched Cyborg' and 'It Was All Fields Around Here When I Was A Kid'. These follow tasters of 'Qualm' and 'Qualms', which we got our hands on in June, both of which also feature on the new record— her first full-length outing in almost three years.

Festival Forte will see Helena Hauff, Surgeon and Donato Dozzy come to the castle of Montemor-o-Velho, a small town near the west coast of Portugal this August.

The fifth edition of the Portuguese rave runs from 30th August to 2nd September, with Lena Willikens, Umwelt and Shlomo also featuring. Check out the full Festival Forte line-up below.

Hunee, Helena Hauff and DJ Sotofett are among the new acts confirmed to play Houghton Festival in Norfolk this summer.

The festival, which has been curated by Craig Richards and produced by Gottwood Festival, has also added names including Tama Sumo, Antal, Willow, Mulatu Astatke and Red Axes.

Helena Hauff has confirmed her new album, 'Qualm', will be released on 3rd August through Ninja Tune.

We first reported on news of an email between the Hamburg-based producer and DJ and the label last week, in which she described the work as 'raw', since going on to state via press release that her intention is to "create something powerful without using too many instruments and layers". It's her first album since 2015's 'Discreet Desires'.

Helena Hauff has revealed she has finished work on a new album, which should be arriving via Ninja Tune in the not-too-distant future.

News hit via Twitter, when the label posted an image of an email from the Hamburg-based DJ and producer, in which she gets straight to the point.

Helena Hauff, Actress and Giant Swan are among the first names to be announced for Berlin Atonal this year.

Also set to play during the event are the likes of Danish DJ Courtesy, Skee Mask, Veronica Vasicka and British Murder Boys. Beatrice Dillon will also bring her revered live set to the festival.