Nina Kraviz, Ben Klock, Charlotte de witte and more have been confirmed for the debut Pyramid season at Amnesia Ibiza.

Kicking off on Monday 4th June and running through until 1st October, the weekly throwdown will also see Ricardo Villalobos play six times— including one all-night-long set and a special b2b with Luciano.

Maceo Plex, a:rpia:r, Helena Hauff, Mar-T and Raresh are also confirmed. Live performances have not been overlooked, either, so think KiNK, Mathew Jonson, Gaiser and three shows from Stephan Bodzin.

Serbia’s untouchable EXIT festival has revealed the line-up for its No Sleep Novi Sad stage. A more underground affair than the festival’s Dance Arena and mainstage, the stage has locked the likes of Helena Hauff, Midland, Red Axes, DJ Tennis, Mike Servito, Tin Man and more to play over the course of the weekend, taking place from 12th to 15th July.

EBM has been simmering on the underground in recent years, but is now back in full force as DJ and producers look to the roots of techno for inspiration in how to push it forward.

Dance music has been alive with talk of the return of electro in recent months. And while long-time advocates of the scene including DJ Stingray, Dopplereffekt and I-F have seen a surge in bookings, flying the flag for the classic Detroit sound, many others – including Nina Kraviz and Helena Hauff – are finding increasingly widespread success combining techno and electro with the industrial clatter of electronic body music (EBM). 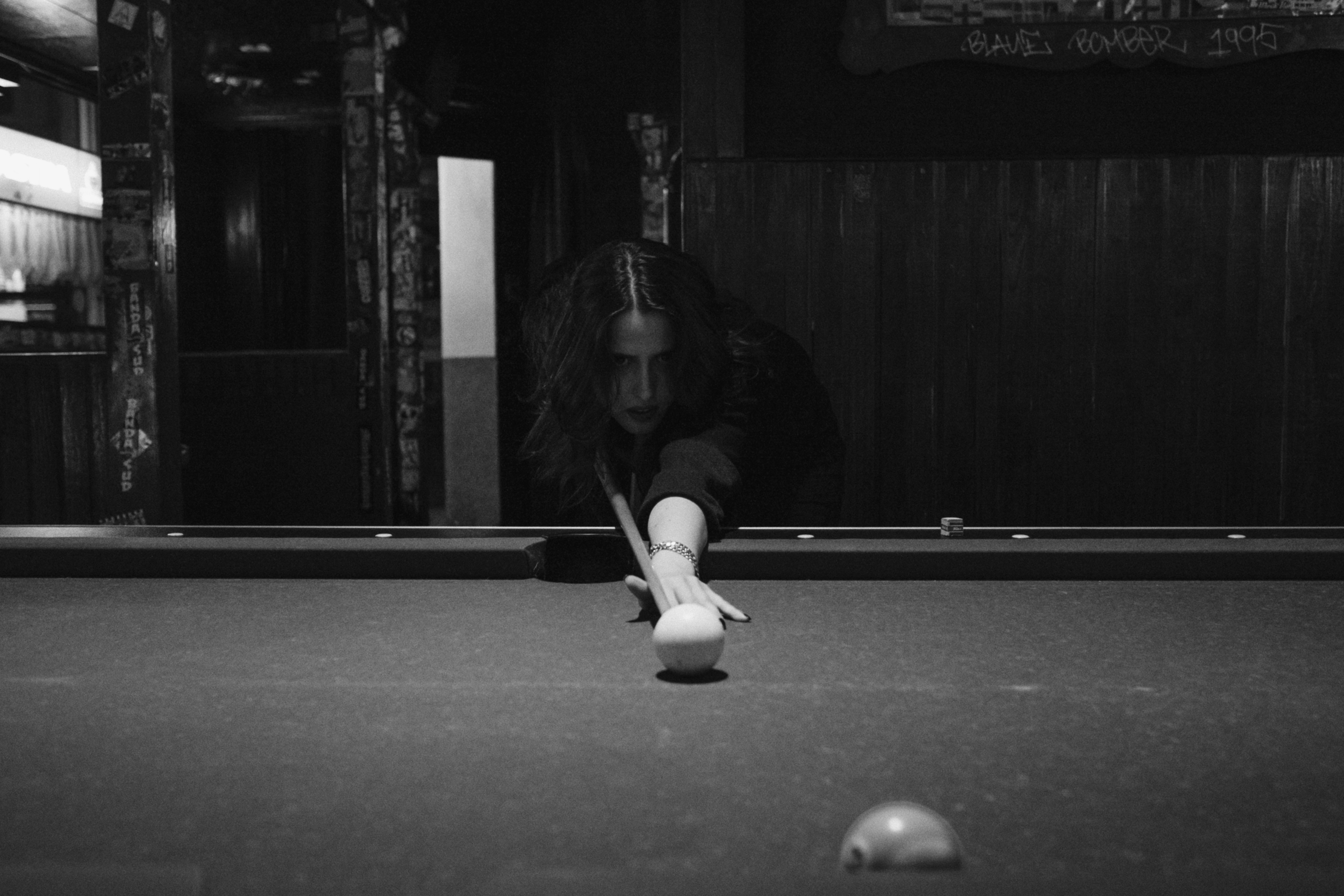 Hauff often uses EBM in her wide-ranging DJ sets and has also used her Return To Disorder label to put out music by new artists producing the sound. "I feel like the term electronic body music is such a great name anyway because in music, for me, it's all about the energy, and when it comes to club music it's about the body. It's a very physical thing." 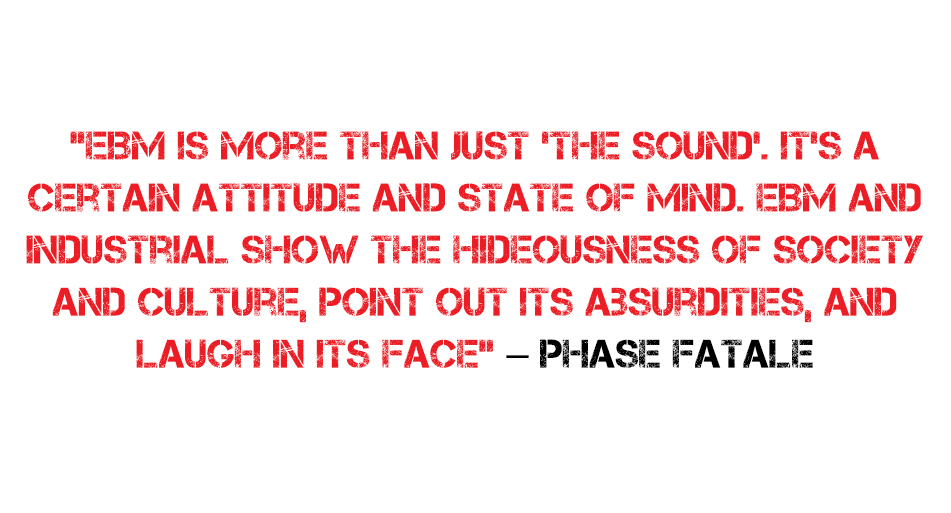 "EBM, early house and techno all have some degree of shared DNA," explains Bon Harris of seminal band Nitzer Ebb. "Each genre takes its own direction, but there are commonalities at source. The original EBM protagonists have had a resonant influence in a lot of genres. The aggression, energy and upfront danceability in the case of Nitzer Ebb are what seem to have captured a lot of imaginations."

"The longer a style sticks around, the more respect it tends to get," Harris continues. "Especially if it holds up in terms of freshness and relevance. Patience is a virtue. If you can weather that intervening decade-and-a-half when you are completely unfashionable, it all comes back around. It is gratifying to feel that emotions and intentions that were important to us in formative years remain important to a new generation." 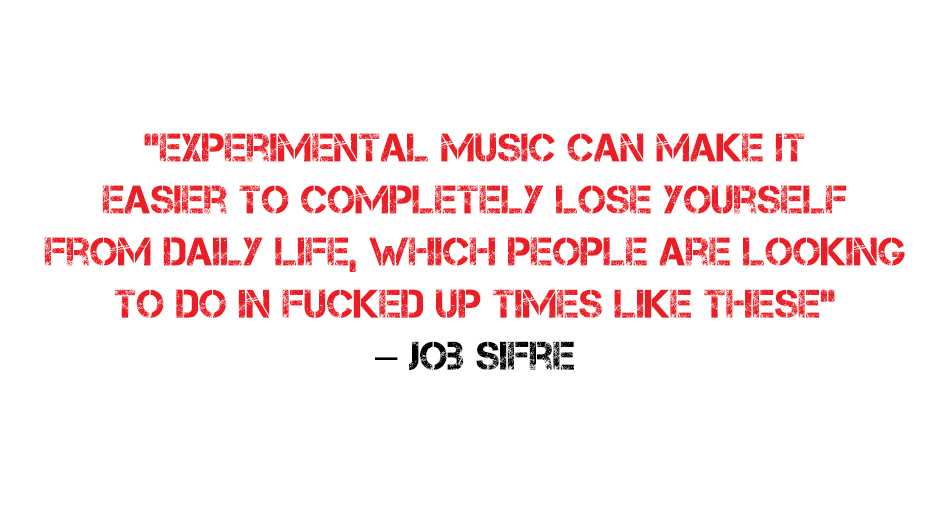 "Artists have more influences to draw from, an expanded range of tools and possibilities, and the vantage point of updating a classic style for modern times," Harris explains. "Artists like Rhys Fulber add another level of sophistication in the production. That's the advantage of taking a classic genre and using today's [technology], you can take it to another level." 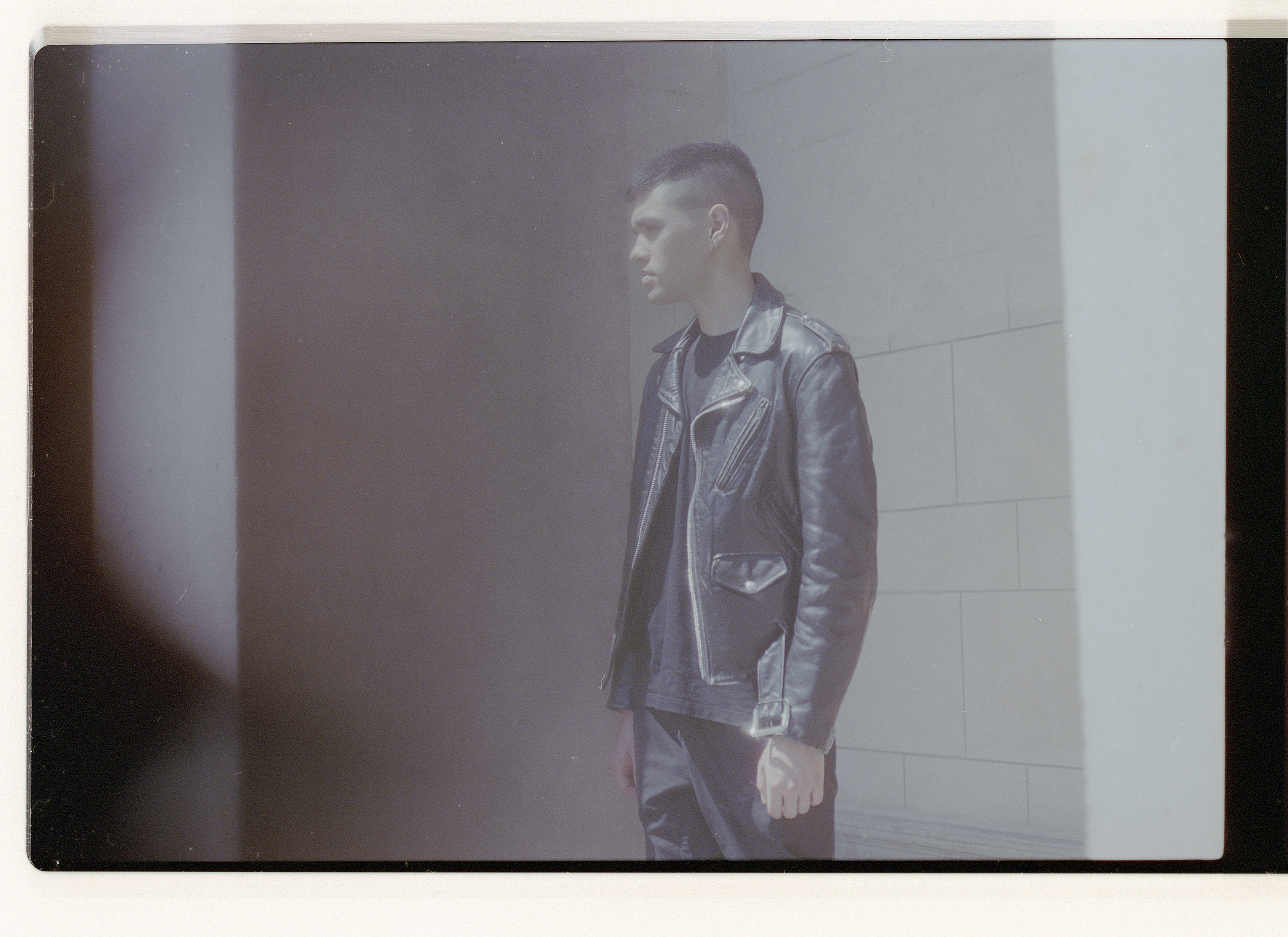 He also explains that the shift in sound on a wider scale is connected to the current political climate. "The music got more aggressive over the last few years with a comeback of noise and industrial," he continues. "It's less relaxed than the early '00s when we were more optimistic about the future. Now we have many negative inputs around us, and that's reflecting in the music. It's cathartic to sweat and express yourself now in a room full of bodies moving with energy."

Edinburgh’s Terminal V festival has announced the stage splits for its Easter Sunday soirée. Across four stages on 1st April, the Royal Highland Centre will be taken over by a cast of international and local talent.

Other notable talent on a bill that can only be described as huge— boasting more than 70 names— include Gilles Peterson, Madlib, Daniel Avery, Avalon Emerson, Willow, James Holden, Thundercat, Jayda G, Mount Kimbie, and Daphni.

Electro inspires a fervid following. The genre is a bubbling underground scene populated by dedicated labels, DJs and diverse producers, scattered across the world, and united by the connectivity of the internet and a spirit of camaraderie.

Neopop returned for a 12th edition in 2017, celebrating all things techno in Viana Do Castelo near the city of Porto in northern Portugal.

Nestled between the walls of an old fort and the harbour (only a wire fence separates the toilets from a drop into the water below!), the event's two stages and capacity of between 5000-8000 people, depending on day, means it's an intimate a gathering as is possible in the current climate of massive mega-fests.

Konstantin — a techno DJ, producer and co-founder of respected record label Giegling — has said he believes women are "disproportionately promoted" in the dance music industry in a recent interview with German music magazine, Groove.

Written in German and translated by all-female collective Discwoman, the well-known selector made several disturbing and sexist remarks throughout the interview, also stating that: "He finds it unfair that women are so heavily promoted, although they are in his opinion usually worse at DJing than men are."

Helena Hauff's sought after 'A Tape' compilation is getting a vinyl release this April via Dark Entries.

The compilation is a heady blend of electro, techno and acid, and was previously released on tape cassette.

The compilation's tracks represent Hauff's earlier output that was largely created using a range of analogue synths and drum machines, including a TB-303 and TR-808.