A new biopic about hip-hop innovator DJ Screw it set to be released.

Directed by Isaac “Chill” Yowman, the series focuses on the life and music of legendary DJ Screw, real name Robert Earl Davis Jr., who passed away in 2000. He will be portrayed on screen by actor Rosha Washington.

The legendary, Texas-born innovator created the Chopped and Screwed DJing technique, and was a central and influential figure in the Houston hip-hop community. Davis Jr. was also the leader of Houston's Screwed Up Click, a collective of artists including Big Hawk, Big Moe, and Lil' Flip.

US Governer Andrew Cuomo has announced a $3.5 million dollar grant to build the world's first hip-hop museum in New York.

Situated in the South Bronx borough, birthplace of the likes of Slick Rick, Fat Joe, and Mary J. Blige, and also known as the “Boogie Down” Bronx, the district is considered by many to be the home of hip-hop.

Public Enemy's Chuck D has been awarded the Woody Guthrie Prize for 2019, an honour that is given to those who support people in the arts that don't have a platform.

"Woody was a fighter for the people, and Chuck D’s message has consistently aligned with Woody’s: choose a side, fight the power and work for a better world,” said Woody Guthrie Center director Deana McCloud.

British rapper Kano has added more dates to his 'Hoodies All Summer' tour.

After stretches from HAAi, Jasper James, and most recently Esa — who leaves next month — London’s Phonox is launching a hip-hop residency called Mantra.

The party launches on September 21st with residents Bossy LDN, Skinny Macho and Tommy Gold. The party will focus on both UK hip-hop and hip-hop from around the world.

A New York street corner has been named after Wu-Tang Clan.

The legendary hip-hop group was honoured on Saturday when the naming was unveiled in their original home neighbourhood of Park Hill which can be found in Clinton, Staten Island.

The corner, which intersects Vanderbilt Avenue and Targee Street in the area, has been officially named the "Wu-Tang Clan District". You can see footage of the unveiling via Ghostface Killah's Instagram post below.

As listeners to the best music in 2019, we’ve become used to the fact that the stuff we dig probably won’t find its way into the mainstream, or appear on radio, so that thrill of recognition when a track from our side of the tracks suddenly and rapturously pops into everyday life, has gone. Or has it?

Simz, born Simbi Ajikawo to Nigerian parents in North London in the mid-’90s, started early, rapping and singing from the age of nine, hooking up with the Space Age collective of musicians, photographers and artists, and creating her first two mixtapes, ‘Black Canvas’ and ‘X.Y.Z’d’ at home in-between college lessons.

A hip-hop museum is set to open in The Bronx area of New York.

The Universal Hip-Hop Museum is being set up by chairman Kurtis Blow, alongside Director Rocky Bucano and Chairman of the Celebrity Board Chuck D. It will be run as "a space for audiences, artists, and technology to converge and create unparalleled educational and entertainment experiences," according to a report by Forbes.

The Beastie Boys, the pioneering, Grammy-winning American hip-hop group, are releasing a new book this fall that is set to tell their story in their own words. 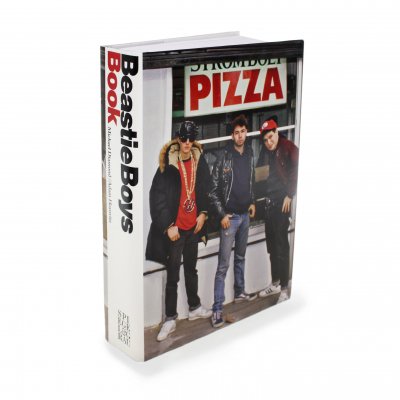