The humble mixer is a staple part of any DJs set-up but there are a wealth of mixers in all shapes, sizes and prices to choose from. With this in mind, DJ Mag Tech looks at the top five budget mixers perfect for those just starting out, or for DJs who fancy a bit more bang for their buck. Check out our top five selection below.

Pioneer DJM-250 MK2
£299
The DJM-250 MK2 is an upgrade to what must be one of Pioneer DJ’s most popular mixers, the DJM-250. The MK2 model now inherits some of the top-flight features found in Pioneer DJ’s DJM-900 Nexus 2 including sound colour FX and a Magvel crossfader. With a wealth of connection options plus a built-in soundcard, the two-channel DJM-250 is not lacking in the features department. The DJM-250 MK2 also comes with rekordbox DJ and rekordbox DVS as part of the package — this really is unbelievable value! 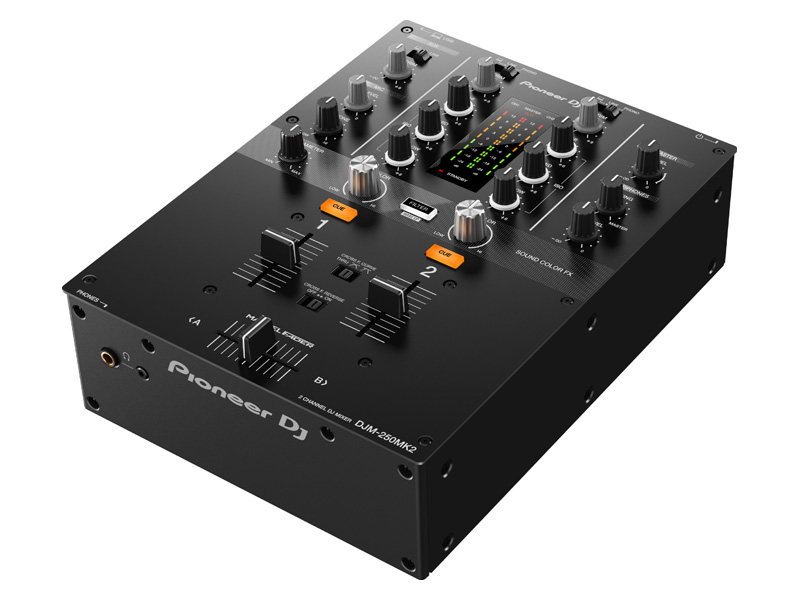 Allen & Heath XONE:23C
£299
Allen & Heath’s XONE:23C mixer is another affordable mixer that benefits from technology used in their top of the range XONE:DB4 mixer. A two-channel mixer, the XONE:23C includes Allen & Heath’s lauded Voltage Control Filter (VCF) offering DJs the ability to sweep through the low pass and high pass frequencies and also the ability to dial in “mild to wild” resonance control.There are actually two variants in the XONE:23 range, however the 23C comes with a built-in soundcard so DJs can hook it up to DDJ software and use the outputs of the mixer directly, also included is Allen & Heaths X-Link technology for connecting to the XONE:K series controllers and the package is rounded off with Mixvibes Cross LE Software, providing DVS control and plug n’ play mapping for XONE controllers.

The XONE:23C also borrows it styling from the DB4 series, plus it looks as good as it sounds with Allen & Heath’s famous sound quality (as well as build quality) — this is definitely a mixer that punches above its weight. 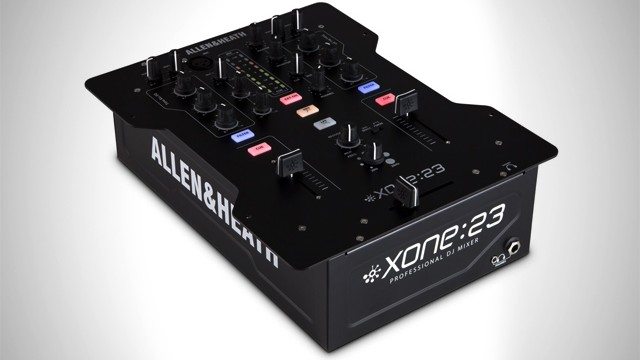 Reloop RMX-22i
£245
Reloop have been steadily increasing their stock value over the years with affordable DJ gear. New to the fold is the RMX-22i two-channel mixer that once again inherits features found in Reloop’s top-flight club mixer the RMX-80, however the RMX-22i also brings something new to the mix with the inclusion of an iPad split input at the rear of the mixer, which allows DJs to connect their iPads, Android tablet or smartphones directly into the mixer and have all the benefits of the RMX-22i to hand.

As with other mixers in this price range, the RMX-22i also features sound colour filter FX, isolator EQ, multiple connection options with eight inputs and five outputs and the standard crossfader can also be swapped out and upgraded to an Innofader variety. Unlike the other two mentioned mixers though, the RMX-22i doesn’t have a built-in soundcard, but the inclusion of a dedicated iPad split input, levels that one out. 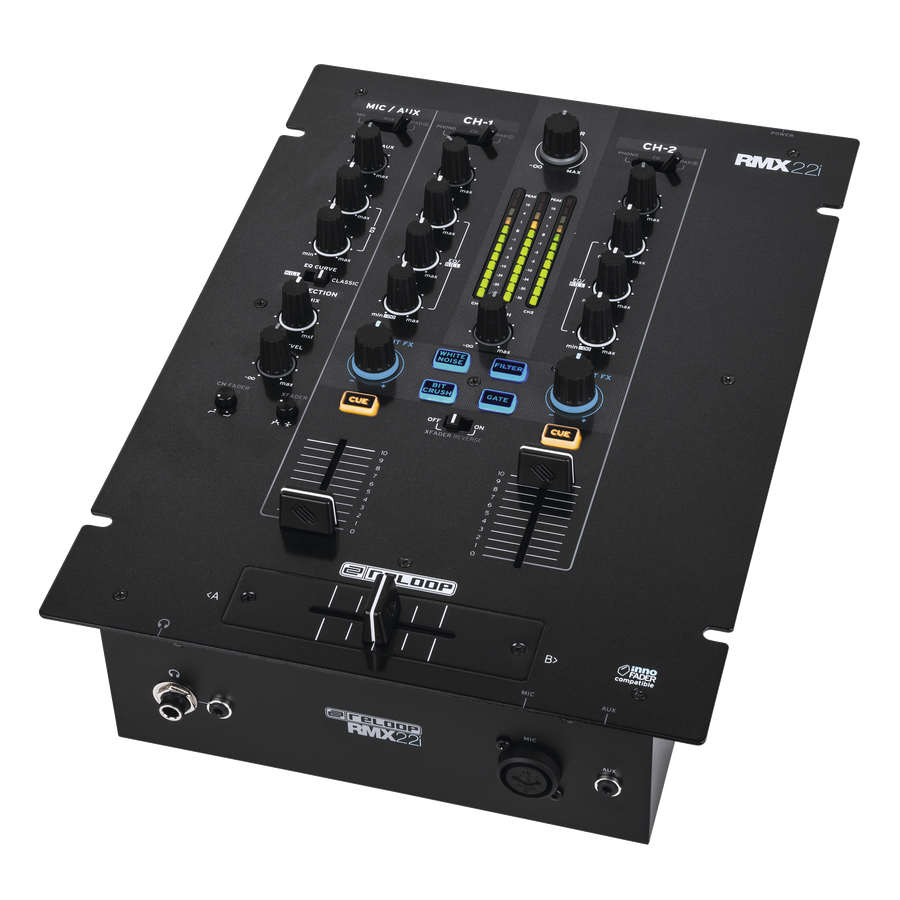 Mixars UNO
£299
Mixars may be a new name in DJ gear but they have come in with a range of products that have captured the attention of DJs in a short space of time. Their new UNO mixer – which was recently shown off at NAMM - is also of a two-channel denomination, basic in looks and approach, the styling is cool with blue LED ring lights around the filter knobs — but that’s about as fancy as it gets. The UNO is being marketed as a two-channel battle mixer, the sturdy build and the sparse layout make it a perfect choice for DJs who lean in the direction of turntablism. The mixer also features new innovations such as the purpose-built Galileo Kallisto crossfader, which is an exclusive to the UNO and channel reverse, all the tools and trappings that would sit comfortably with scratch DJs.

DJ Tech Thud Rumble Mixer
£299
The DJ Tech Thud Rumble is a mixer, which has been developed in conjunction with previous DMC World champion DJ Qbert, is yet another battle-style mixer. Again, the Thud Rumble is minimal in design but for the style of DJ, it is well equipped with the essentials and what is lost in fancy FX is gained in build construction and sound quality.

Scratch and battle mixers take a lot of hammering and need to be built to a certain degree to withstand all the usage that they receive. The Thud Rumble is sparse in design but has a few aces up its sleeve that (once again) make it standout against the opposition. Direct Outputs on each fader channel mean that DJs can record each channel separately into a DAW. All of the faders on the mixer are of the Innofader variety and can all be calibrated for peak performance. It also comes with dedicated DVS send and returns so that DJs can mix it up between digital DJing and tradition DJing via the Phono inputs, which also are switchable to line inputs for connection of CDJ/Media players. Offering a mixer that is so versatile any set up can be accommodated. 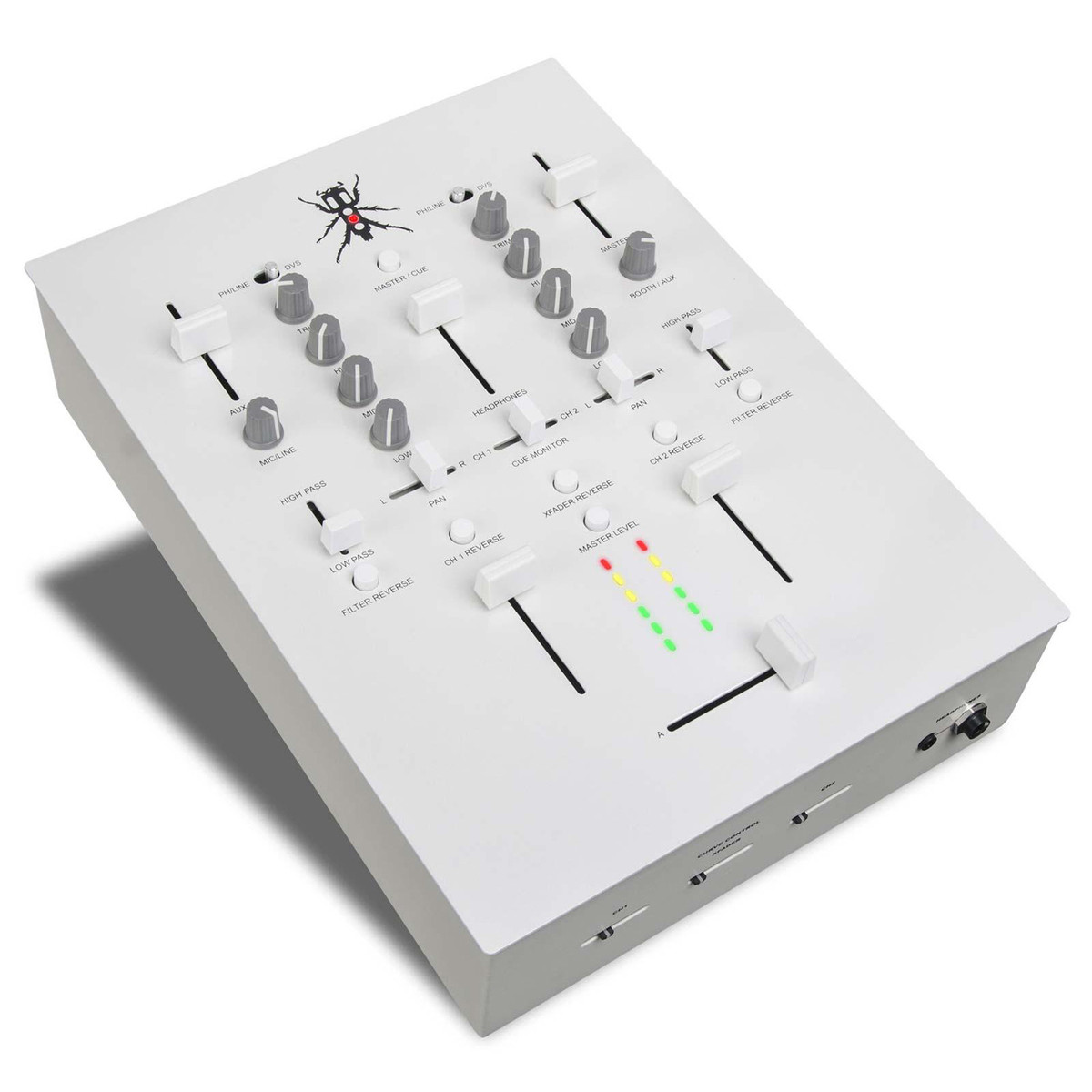